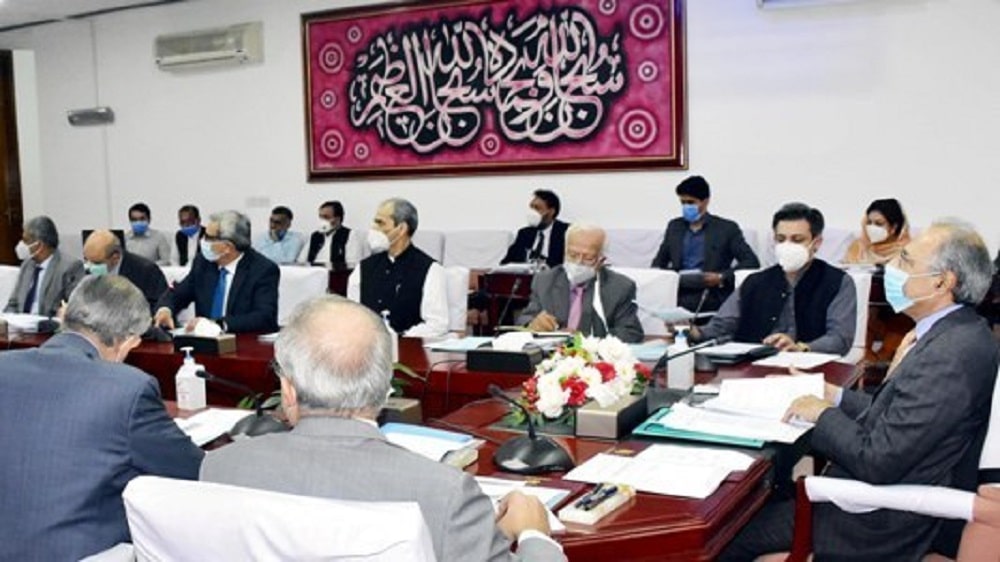 Adviser to Prime Minister on Finance and Revenue Dr. Abdul Hafeez Shaikh recently chaired the meeting of the Cabinet Committee on State-Owned Enterprises (SOEs) at the Cabinet Division.

The adviser was given a detailed briefing on the triage of State-Owned Entities. The triage was undertaken for liquidation, privatization, and retention under government ownership, on the basis of economic rationale and financial performance of SOEs.

The committee discussed the proposed SOEs for retention, privatization, and restructuring. The advisor directed that the list should be reviewed and revisited till the next meeting and a new category may be introduced in the list where ownership may be retained by the government and the entity can be operated by the private sector for better management.

A draft Law on the State-Owned Enterprises was also discussed. The adviser ordered that the law may be reviewed further in consultation with line Ministries/Divisions and the Law Division.

There was also a proposal on the Forensic Audit of the Major Loss Making SOEs on the instructions of the Prime Minister. The chairperson directed that before taking a final decision on the proposed forensic audit, detailed information on the following aspects may be shared with CCoSOEs in its next meeting:

He further advised that line Ministries/Divisions may also be consulted to select the companies and that the companies may not be concentrated in a particular sector. He instructed that these proposals need to be finalized by the next meeting of the CCoSOEs.