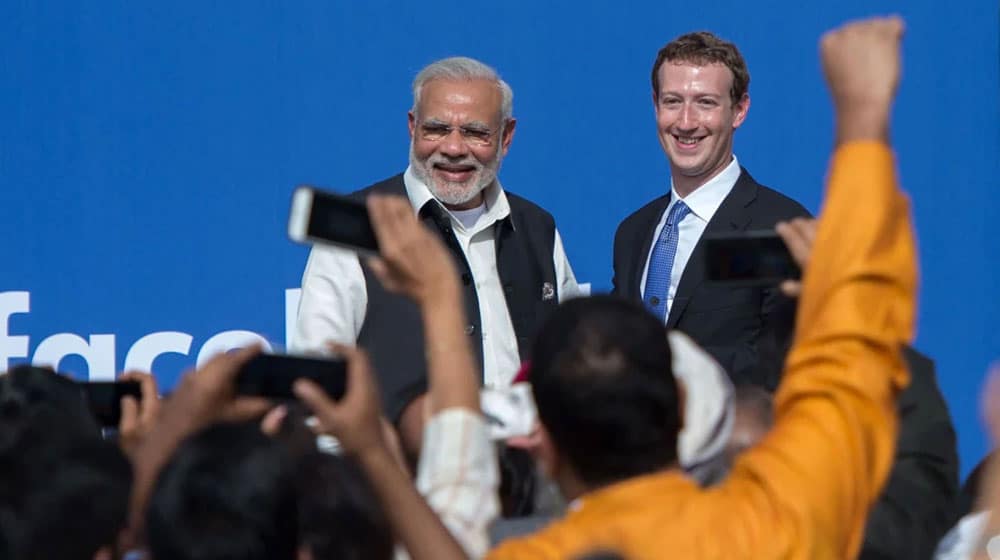 The report has highlighted that Facebook India executive, Ankhi Das, was the epicenter of the whole episode. Das, an avid supporter of Modi’s India, manipulated Facebook rules and policies to BJP’s campaign and disparaged the opposition’s criticism.

Das confessed to having meddled in the 2012 Gujrat election and then the 2014 national elections in an internal group post and were only deleted when the Wall Street Journal report was published.

Apple Might Be Working On its Own Search Engine

We lit a fire to his social media campaign and the rest is of course history.

This post, and several others in the same context, were made during the period of 2012 and 2014, WSJ reported, suggesting that they conflicted with Facebook policies.

These messages were shared in an internal Facebook group meant for members of Facebook’s India office. It was, however, open for FB’s global workforce, which means everyone could have seen it, yet was not taken down until the news website highlighted it in an earlier report.

Das is Facebook’s policy director for India and Central Asia. She has been at the center of criticism since the publication of the report. The WSJ article also noted that Das helped the BJP’s hate narrative prevail by not applying hate-speech rules to the posts of some Hindu nationalist individuals, groups, and BJP politicians.

She had told staff members and to the headquarters that a crackdown on the politicians of Modi’s BJP will hurt the company’s business prospects in the country.

In another post, after congress’ defeat in the 2014 elections, she called Modi a “strongman” and said:

It has taken thirty years of grassroots work to rid India of state socialism finally.

Jeff Horwitz, the WSJ reporter who did the investigative piece, said in one of his tweets that the matter of Anki’s bigotry and bias was brought up with the global staff, but they chose not to take any action.

One last thing on this story: the alleged blatant violation of the election integrity rules was discussed with global staff in the US, which decided not to take action. This isn’t just about India.

One last thing on this story: the alleged blatant violation of the election integrity rules was discussed with global staff in the US, which decided not to take action. This isn’t just about India.

Last week, Buzzfeed reported that following the Wall Street Journal’s first story, and an open letter written to Facebook’s leadership by 11 employees on one internal platform, Anki Das apologized her fellow Muslim employees for her anti-Islam remarks. In one of her recent posts, Das had called Muslims in India a “degenerate community” for whom “nothing except the purity of religion and implementation of Shariah matter.”