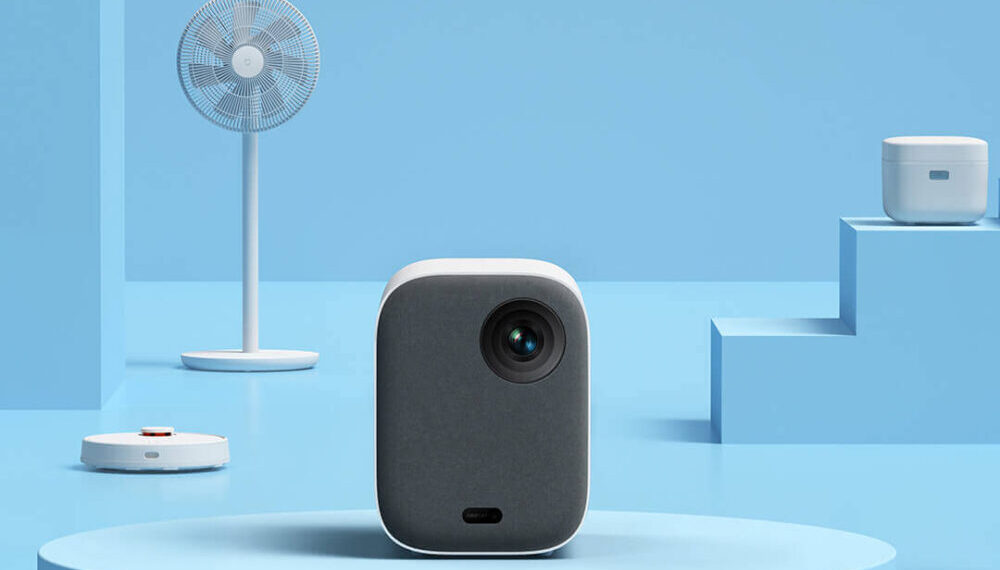 The Mijia Projector that Xiaomi teased earlier has finally broken cover and is now up for crowdfunding in China. The latest model is called the Mijia Projector Youth Edition 2 and it comes with plenty of smart features. As with most other Xiaomi products, the new Mijia Projector features a minimalistic design that is easy to carry around and place anywhere. It features up to 1080p resolution, 460 ANSI peak brightness, and HDR10 decoding. The operating noise of the projector is very low, rated at only 28dB.

It can be adjusted to several different angles and the improved camera brings better focusing speeds compared to previous generations. The real-time autofocus prevents thermal defocus.

It has two highly sensitive microphones for voice commands and anti-noise technology and a wake-up feature. Voice commands can also be used to change to different scenes. The projector can easily be linked with other Xiaomi smart home products. It can automatically turn the lights off and move the curtains when it turns on. If you happen to have the Xiaomi doorbell video, it can also display the camera feed from the door if someone rings the doorbell.

The Mijia Projector Youth Edition is already available for sale in China for $380.