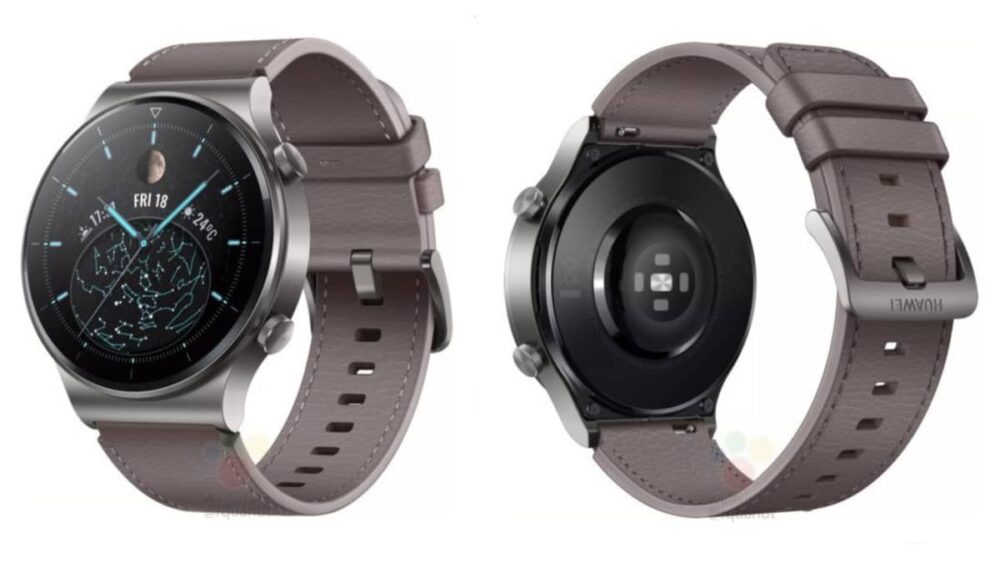 Huawei has kicked off its latest launch event where the company announced six new products including two smartwatches, two new earbuds, and new Huawei MateBook laptops. Other than that, Huawei also commenced its Developer Conference that focuses on EMUI 11 and other software development.

The two new smartwatches that just broke cover at the launch event include the Huawei Watch GT 2 Pro and the latest version of the Huawei Watch Fit. Both of these feature mostly the same functions but the GT 2 Pro is more of a premium smartwatch while the Watch Fit is an affordable fitness band with some smart features.

The new Huawei smartwatch has a premium build made out of titanium but with a ceramic back and Saphire glass on top of the display. The display is a 1.39-inch circular OLED panel with a resolution of 454 x 454. There are plenty of watch faces to choose from and you can also set a custom wallpaper by simply touching a Huawei phone on top of the display.

Additionally, there are two versions of the watch, the sport and classic model which have silicon and leather straps respectively.

Other than syncing with your phone for notifications, alarms, calls, and more, it has over a hundred sports modes, a heartbeat monitor, SpO2 meter for blood oxygen monitoring, sleep tracking, and more. There is offline GPS as well in case you want to find your way somewhere.

The Huawei Watch GT 2 Pro will go for sale later this month for €329.

As mentioned before, the Huawei Watch Fit mostly has the same functions as the Huawei Watch GT 2 Pro, but it’s more fitness-oriented and comes with a cheaper price tag. It is Huawei’s first-ever fitness band to feature an animated personal trainer that brings over 12 workout courses and 44 posture demonstrations so you never break form while exercising. There are over 96 workout modes and 11 professional exercise modes to choose from.

The Huawei Watch Fit will go for sale later in September for €129.