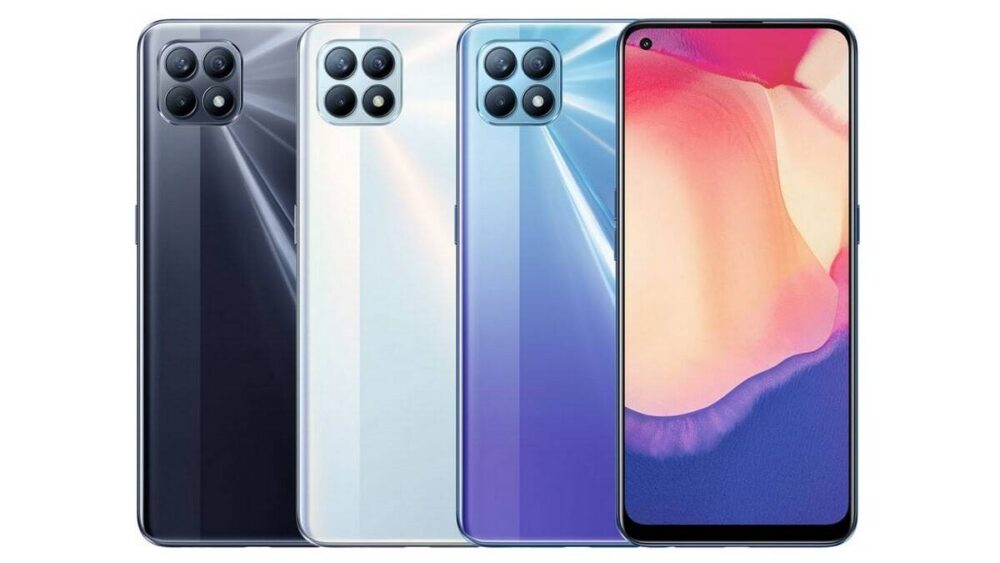 Months after releasing the Oppo Reno 4, the Chinese brand is refreshing the lineup once again with the Oppo Reno 4 Special Edition (SE). It is going to be the fourth phone in the series after the Reno 4, Reno 4 Pro, and Reno 4 Pro Artist Limited Edition.

This one features a design change, but shares some of the major specifications such as triple camera setup, 65W fast charging, and more. The 6.43-inch AMOLED display has a cornered punch-hole cutout similar to the Reno 4 Pro, but a flat panel with FHD+ screen resolution. It comes with an under-display fingerprint sensor and a 90% screen to body ratio despite the large bottom bezel.

The rear panel has a two-tone design, with one side smooth and the other with a glossy finish. The triple-camera setup is housed in a square-shaped cutout in the corner. Don’t be fooled by the fourth small cutout on the back, as it is only for the LED flash unit.

The internals are powered by MediaTek’s Dimensity 720 SoC that brings 5G compatibility for cheap. The SoC also brings a 2.4GHz octa-core processor, 8GB RAM, and 256GB of UFS 2.0. There is no microSD card slot for storage expansion.

On the software front, you get Android 10 with Oppo’s Color OS 7.2 custom skin on top.

The camera setup on the rear includes a 48MP main sensor with autofocus, an 8MP ultrawide lens with 119-degree FOV, and a 2MP macro lens for close-up photography. These cameras have support for several modes such as professional mode, portrait mode, night mode, 1080p 30 FPS, and 1080p slow-motion recording.

The front-facing camera is a 32MP shooter which is also capable of 1080p video recording and supports many modes of its own.

The battery capacity on the Reno 4 SE is 4,300 mAh, but the highlighting feature is its support for 65W fast charging, which can fill up the cell completely in only 37 minutes.