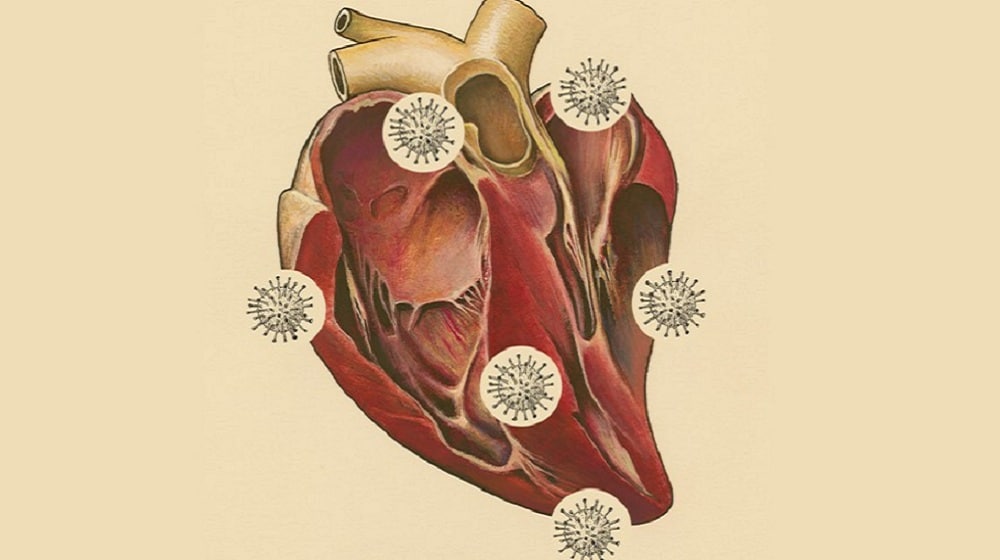 SARS-COV-2, the Coronavirus which causes the COVID-19 infection, can also adversely affect the heart besides lungs, writes Eric Topol, an American cardiologist, scientist, and author, in a perspective for the Science Magazine.

Topol argues that six previously known human Coronaviruses are known for their impact on the respiratory tract, not the heart.

The four common human Coronaviruses-HCOV-229E, HCOV-NL63, HCOV-OC43, and HCOV-HKU1- are not associated with any cardiac abnormalities. Whereas, only a limited number of patients experienced cardiac diseases resulting from MERS and SARS.

However, SARS-COV-2, since it first broke out in December last year in Wuhan, has resulted in myocarditis (inflammation of the heart), necrosis of the heart cells, mimicking of a heart attack, arrhythmias, and acute or protracted heart failure (muscle dysfunction) in many patients.

Topol claims that extensive cardiac involvement in the COVID-19 infection could be a direct result of the pandemic which has exposed tens of millions of people to the virus.

Why SARS-COV-2 has more cardiac involvement than SARS?

Unlike SARS, SARS-COV-2 has a furin polybasic site that, when split, increases the types of cells that it can infect.

COVID Accelerated Our E-Commerce Plans in the Country, Says Oppo CEO for Pakistan

SARS-COV-2 targets the angiotensin-converting enzyme 2 (ACE2) receptors all over the body, facilitating cell entry of the virus through its spike protein.

Furthermore, the affinity of SARS-COV-2 to ACE2 is greater than that of SARS and the heart has the highest expression of ACE2 in comparison to other organs of the body.

Due to this reason, SARS-COV-2 has been found to have increased cardiac involvement against the six previously known human Coronaviruses.

Along with such in-hospital arrythmias, there have been reports of increased out-of-hospital cardiac arrest and sudden death in multiple geographic regions of high COVID-19 spread, such as the 77% increase in Lombardy, Italy, compared with the prior year.

How SARS-COV-2 affects the heart?

COVID-19 infection can damage the heart in two ways; directly and indirectly.

SARS-COV-2 attaches to ACE2 through its spike protein and enters the cells by fusing viral and cellular membranes, directly damaging the cardiomyocytes, cells that make up the heart muscle.

In indirect infection, SARS-COV-2 damages the cardiomyocytes through systemic inflammatory responses and reduced blood supply due to clots and endotheliitis.