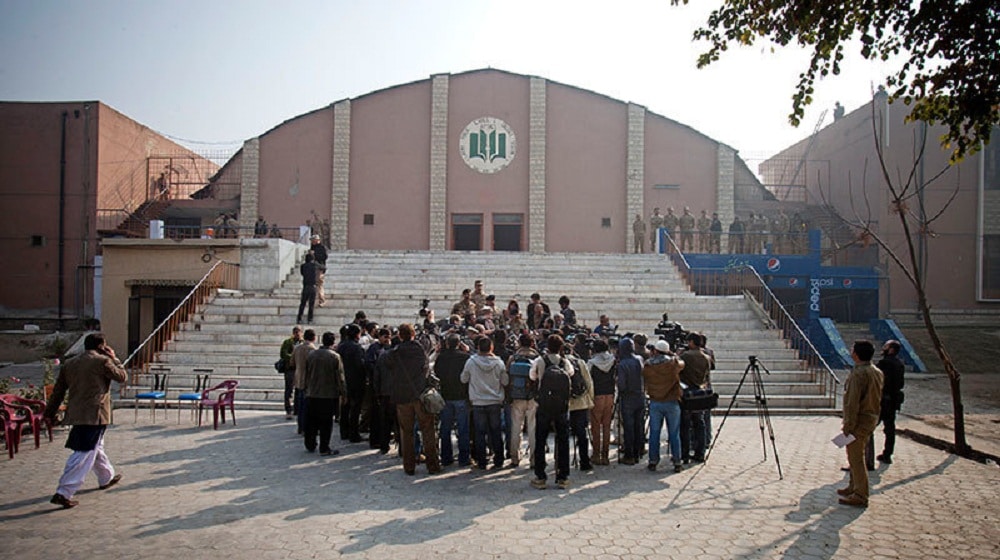 The federal government is mulling over granting Army Public School (APS), Warsak Road, Peshawar the status of a university and renaming it to Shuhada APS University.

It is one of the many recommendations made by the Judicial Commission (JC), which probed the deadly 2014 APS attack, in its 525-page inquiry report.

147 people, including 132 children, were martyred after militants attacked the APS Warsak on 16 December 2014.

On 5 October 2018, former Chief Justice Pakistan (CJP), Saqib Nisar, had notified the formation of a JC to investigate the 2014 attack.

Led by the Peshawar High Court’s (PHC) judge, Justice Mohammad Ibrahim Khan, the JC in July had furnished its inquiry report before a three-member bench of the Supreme Court, headed by CJP Justice Gulzar Ahmed.

Besides, the federal government, on JC’s recommendation, is also considering to include the 2014 attack in the school curriculum to enlighten the younger generation with the sacrifices rendered by the martyred APS students.

The federal government has also undertaken several other important initiatives on the recommendations of the JC since its inception.

It has posthumously conferred Tamgha-i-Shujaat and Sitara-i-Shujaat on 22 APS martyrs.

Many schools, public parks, flyovers, and roads all over the country have been renamed after the martyred APS students.

The federal government has also devised a transparent mechanism to ensure free secondary and higher education to the siblings of the martyred students in cadet and military colleges.

Two seats each in the University of Engineering and Technology (UET) Peshawar and Khyber Medical University Peshawar have been reserved as a special quota for the siblings of the martyred APS students.

Both federal and provincial governments have also announced special compensation packages for the martyred and injured of the APS attack.