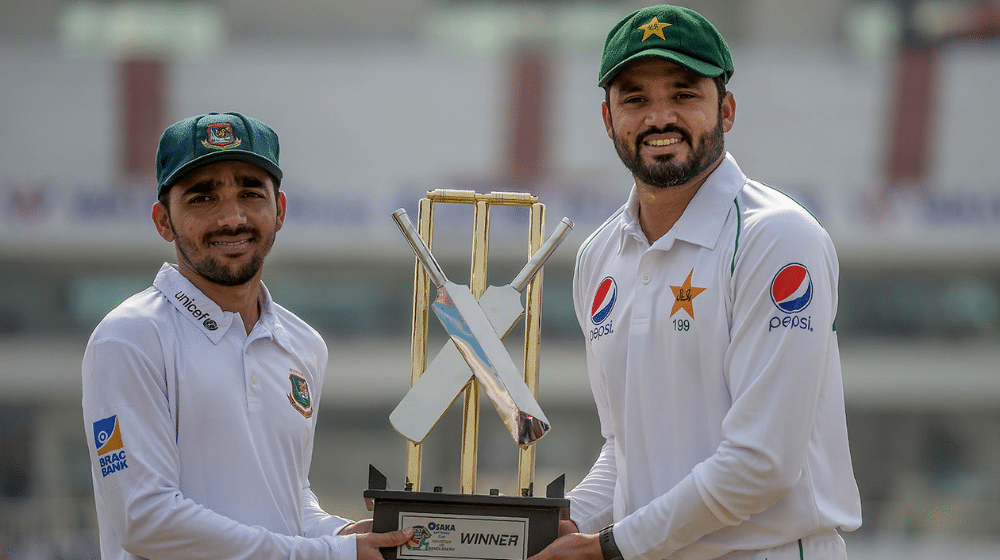 Pakistan Cricket Board (PCB) has informed the Bangladesh Cricket Board that the remaining match of their 2-Test series will not be possible in the 2020-21 cricket season. The second Test as well as the one-off ODI will not be held this year due to PCB’s other commitments.

Misbah Not Willing to ‘Experiment Too Much’ For Zimbabwe Series

Pakistan and Bangladesh played the first of their two-match Test series back in February. The second Test was scheduled to be played after the conclusion of the Pakistan Super League. Due to the Covid-19 pandemic, the PSL play-offs were postponed and subsequently, cricket around the world was put on a hold.

Due to scheduling conflicts, the remaining Test match between Pakistan and Bangladesh might be held next year. The two-match Test series between the two sides is part of the ICC Test Championship. Pakistan won the first Test comfortably by an innings and 44 runs.

PCB planned the tour for Bangladesh in two phases. Bangladesh toured Pakistan for a three-match T20I series and one Test match in the first phase whereas one-off ODI and the second Test were scheduled after the PSL.

According to sources, the Test championship looks set to be extended by a year as the matches could not be held due to the ongoing pandemic.