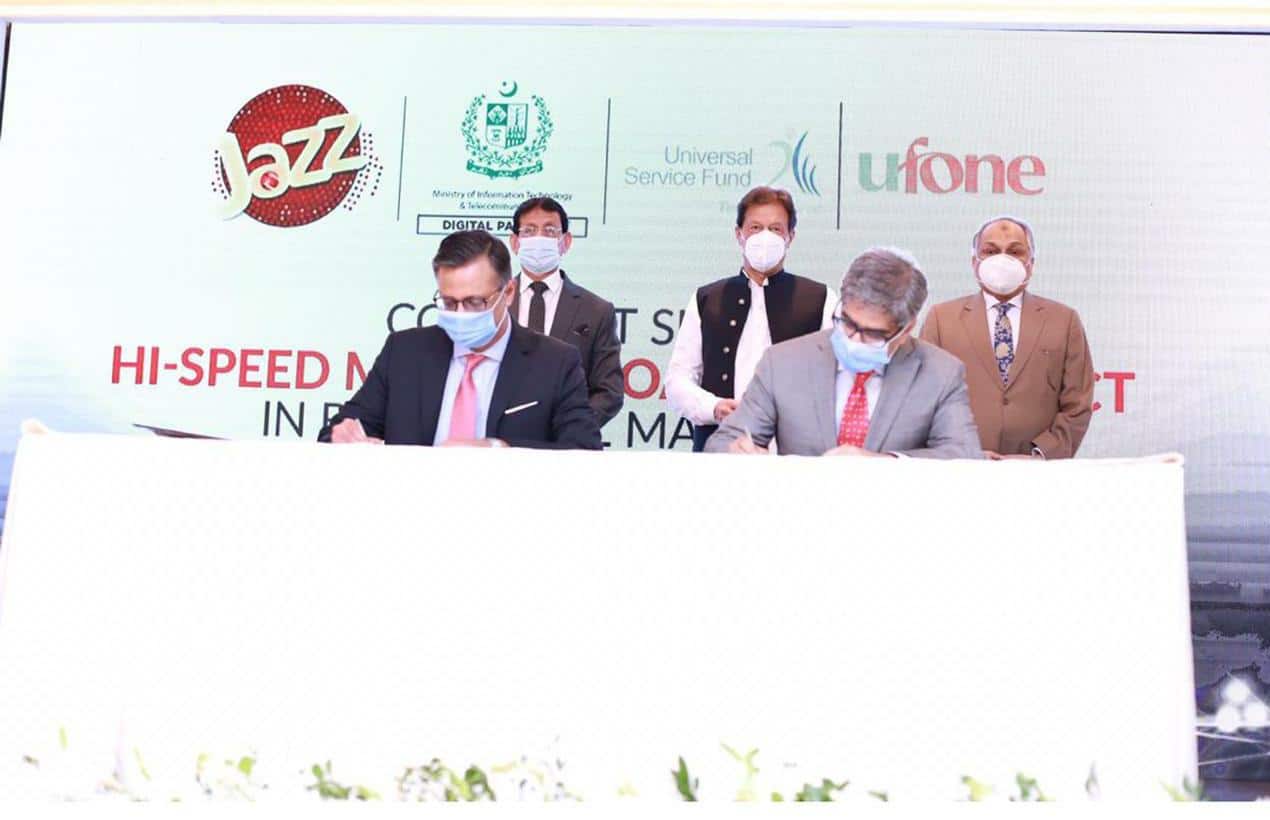 Prime Minister Imran Khan Wednesday stressed upon promotion of information technology, cyber connectivity and digitalization ‘because Pakistan’s future was linked with the adoption of these latest modes of science and technology’.

He was addressing at a signing ceremony for awarding of Rs. 1.28 billion worth contracts by Universal Service Fund (USF) to cellular companies for provision of voice and high speed mobile broadband data services in areas of Balochistan and Sindh.

Terming the signing of contracts as ‘good omen’ for the country, the prime minister observed that it was in line with their government’s vision of uplifting the most backward, poor and deprived areas of Sindh besides different impoverished areas of Baluchistan through a network of internet connectivity. The prime minister regretted that lopsided development in the country had affected these areas.

He said the MoU would lead to wider connectivity in these remote areas, thus paving a way for development and prosperity. He cited construction of Karakoram highway in Gilgit Baltistan which had connected inaccessible areas and helped in improving the standards of living and educational facilities.

The prime minister said the majority of the people in those areas also wanted the provision of e-learning and distance learning facilities through the use of mobile phone services. Adult literacy could be achieved through the spread of internet system. Such connectivity would be vital for the fifth industrial revolution, he opined.

He said Pakistan had the second-largest young population in the world which possessed ‘a vibrant potential’, and stressed that IT ministry should work further in tapping the IT skills. The prime minister said setting up IT parks was also significant step by the ministry as it would have positive impacts upon the country’s exports.

Minister for Information Technology and Telecommunication Syed Amin ul Haq said his ministry through USF was committed to bridging the digital divide by development, deployment and uptake of Information Communications Technology (ICT) initiatives to make a real difference in people’s lives.

The minister informed that through the contracts, around 2.4 million people in 1,146 mauzas of Bolan, Jhal Magsi, Ziarat, Kalat, Khairpur, Sukkur and Ghotki districts would be provided High Speed Mobile Broadband services, covering an unserved area of 34,660 sq.km.

He said the projects had the potential to impact important areas such as healthcare, communications, agriculture and transportation, adding that the telecom ministry would continue to undertake more challenging and productive programmes in the future including the establishment of IT Parks, including the ones to be opened in Islamabad and Gilgit in near future.

The project of manufacturing and assembling of 3G and 4G mobile phones in the county as approved by Cabinet and Economic Coordination Committee is also in the offing, while the launch of triple bundle in Gilgit Baltistan is in completion phase, he said.