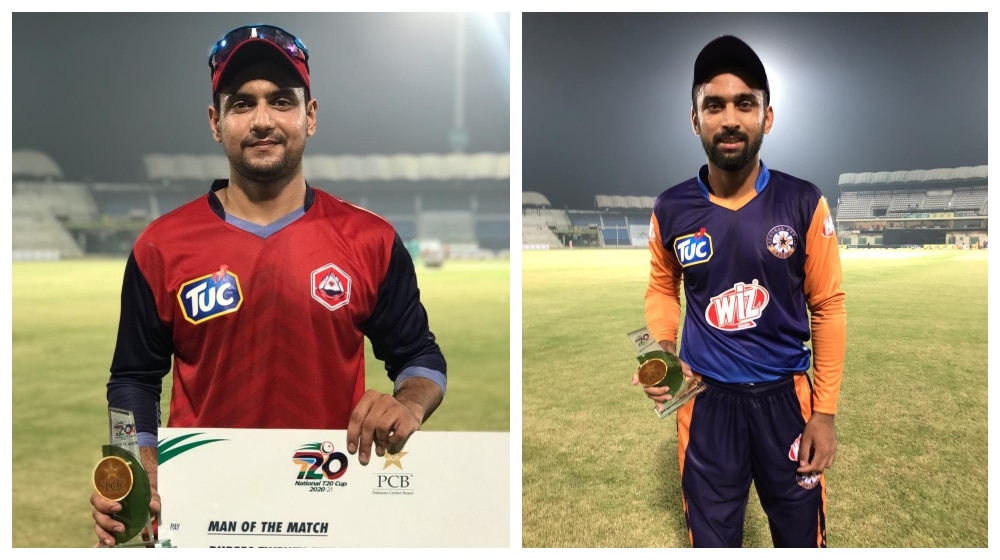 The opening day of the National T20 Cup belonged to youngsters as rising stars impressed everyone with their breathtaking performances.

Although there remained questions over the production quality, the young cricketers offered spectacular viewing in both the matches. PCB had later issued an apology for errors in scoring and poor quality of graphics on the first day, adding that the glitch has now been fixed. The cricket board has also said that it will offer live streaming of the matches from Day 2.

The PCB offers its regrets to the fans for the technical glitch that resulted in the loss of live-scores during the 1st match. This problem was resolved in the 2nd match & the PCB now hopes the graphics will fully support the quality pictures & commentary of the #NationalT20Cup.

Coming back to the performances of youngsters, it was a run-fest in Multan on the opening day as over 800 runs were scored with 33 sixes and 79 fours.

Man of the Match awards in both games belonged to youngsters; Haider Ali (Northern vs. KPK) and Abdullah Shafique (Central Punjab vs. Southern Punjab).

Northern’s top order was laden with youngsters as Ali Imran and Zeeshan Malik walked out to open the innings. Although Ali Imran fell for a well-made 21, Haider joined the 23-year-old Zeeshan in the middle and created history.

The duo combined for 180 runs which is the highest second-wicket partnership in the National T20 Cup history. Haider, 19, made 90 off just 48 balls with 5 sixes and 7 fours while Zeeshan scored 77 at a strike rate of 163.82.

In reply, another youngster, Sahibzada Farhan, was the lone fighter in KPK batting lineup. The 24-year-old smashed a 48-ball-62, however, no support from the other end meant that KPK fell short of the target by 79 runs.

In the bowling department, Northern’s Mohammad Musa was the pick of the bowlers as he took three wickets for 31 runs in his 4 overs.

In the second match of the day, Central Punjab came from behind to clinch a spectacular win. Debutant, Abdullah Shafique, stole the show in the chase of 200 as he scored an undefeated century. For those who don’t know, the 20-year-old had also scored a century on his First-Class debut.

Haider Ali Can’t be Compared With Rohit Sharma: U-19 Coach

Batting first, Southern Punjab posted 200/8 thanks to fifties from Shan Masood and Sohaib Maqsood. The 24-year-old left-arm pacer, Sohaibullah, was the star with the ball as he returned figures of 3/26 in his 4 overs.

In reply, a fighting knock from seasoned campaigner, Kamran Akmal (75 from 41) and Abdullah Shafique’s remarkable century took Central Punjab over the line in the derby. Abdullah’s knock came from 58 balls and included 4 sixes and 11 fours at a strike rate of 175.86. He was adjudged the Man of the Match for his match-winning century.