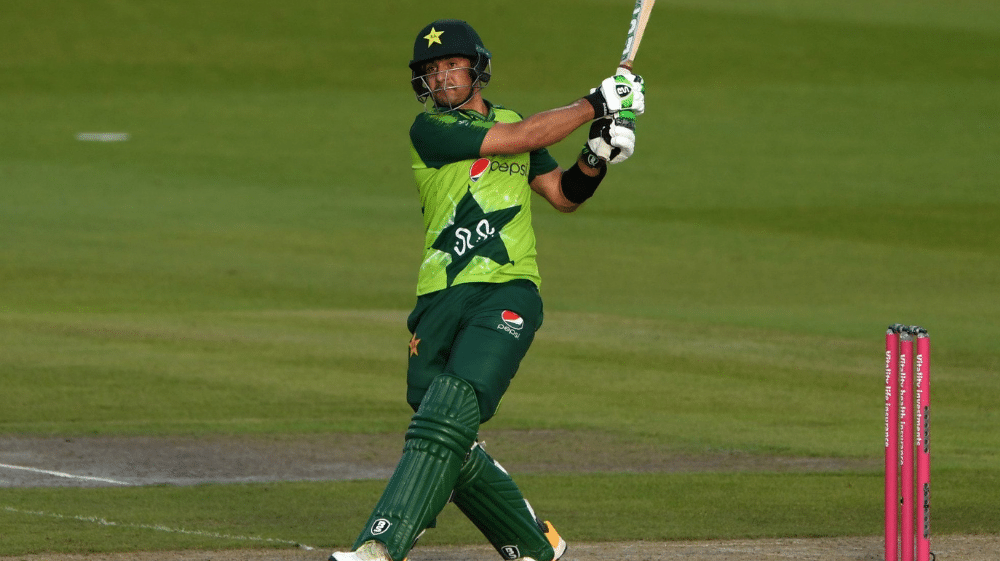 Haider Ali wrote his name in the history books by scoring a fifty on his international T20 debut, becoming the first Pakistani to achieve the feat.

Haider came into the spotlight during PSL 5, scoring 239 runs at an average of 29.87 and a strike rate of 158.27 including a blistering half-century. He has been hailed as the next batting superstar, ever since his exploits in Under-19 cricket.

Earlier this year, Haider Ali revealed Indian opener, Rohit Sharma, as his role model and said that he wants to emulate his international career.

Haider Ali Makes a Unique Record on Debut for Pakistan

Pakistan Under-19 head coach, Ijaz Ahmed, expressed his happiness at the progress of star batsman but believes that comparisons with Rohit Sharma are premature.

Not only did he [Haider] played well in the U-19 World Cup and the PSL but he also made his mark in the senior national side as well. He is a good player but it is premature to compare him with someone like Rohit Sharma.

Haider Ali made a stellar start to his career in both international and domestic cricket, earning praise from legends such as Wasim Akram and Zaheer Abbas.

Wasim Akram said, “He has a bright future, and Pakistan and world cricket should be very excited.”

Talking about Haider, Zaheer Abbas said, “With time he would get more mature but his performance should not go down. A permanent place should be set for him – either 1, 2, or 3 in the team as making frequent changes hurt player performances.”