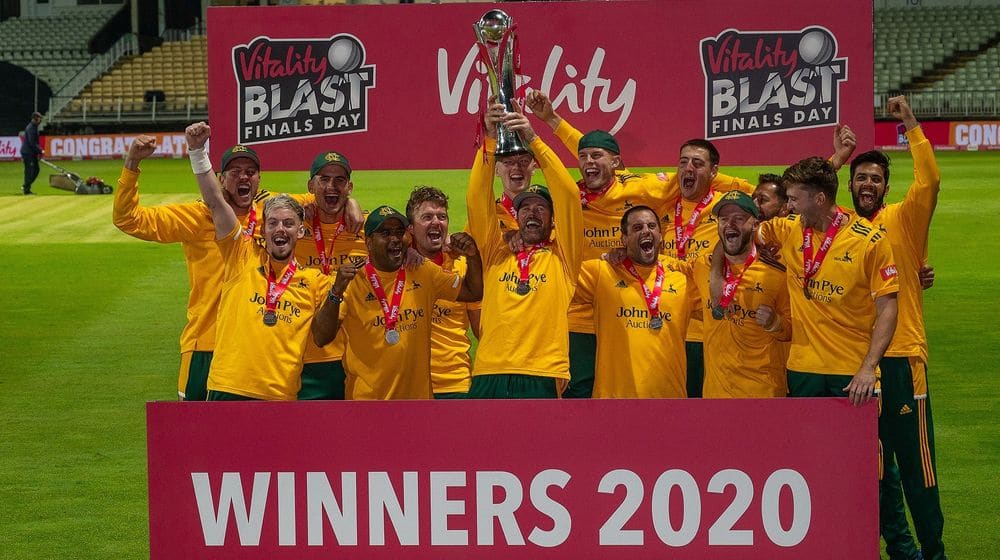 For the second time, Notts Outlaws are the T20 Blast champions. It was a tricky run chase, with Alex Hales falling the first ball and Surrey reducing the Outlaws to 19/3, a long way from their target of 128.

But the calm, mature innings of Ben Duckett was critical to the Outlaws’ triumph. The opener survived the early wickets and knuckled down to ensure he was there at the end, fittingly hitting the winning runs.

It was a perfect day for captain Dan Christian, who earned a player of the match award in the final, leading his side to the title. Christian changed the game with the ball, picking up four wickets to slow the flow of Surrey runs. He removed Laurie Evans to break a 90-run partnership between him and Jason Roy, before the Outlaws captain took three more wickets as Surrey scored just 13 runs in the final 16 balls.

Batting first, Surrey posted 127/7 in their 16 overs. Imad Wasim returned figures of 0/28 in his three overs. In reply, Notts chased down the target in the 14th over with 6 wickets in hand.

Imad will now return to Pakistan to lead Northern in the second round of league matches in Rawalpindi.