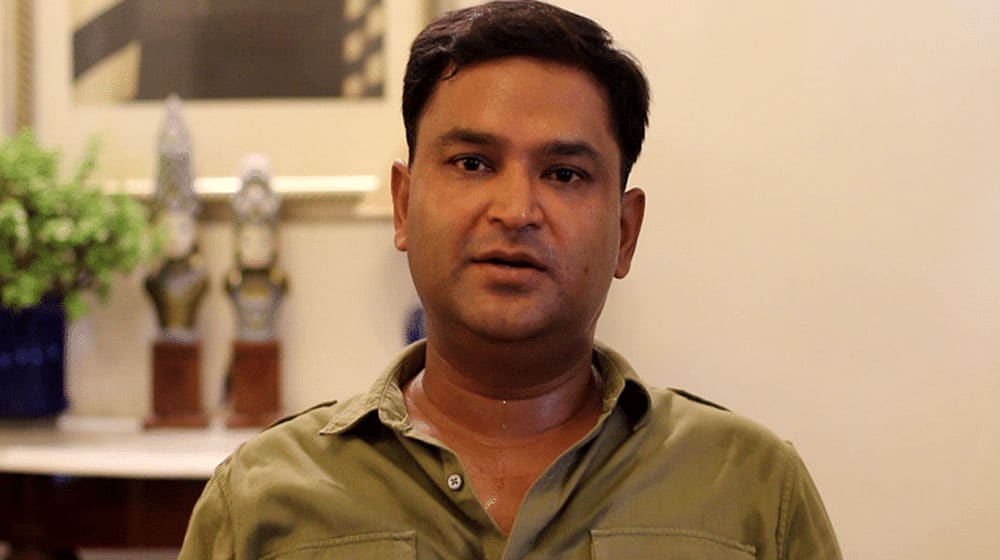 Retired Indian Major, Gaurav Arya, has revealed that a Pakistani had leaked him the information against the family business of Lt Gen (retd) Asim Saleem Bajwa.

During a TV interview, Gaurav confessed that Indians give money to obtain vital information to target the Army and other security institutions. He admitted that the information on Asim Bajwa, the Chairman China-Pakistan Economic Corridor (CPEC) Authority, was obtained in a similar fashion.

Arya revealed that they are now running a campaign against the Army Chief General Qamar Javed Bajwa.

FBR Chairman to Continue Despite End of Tenure

They are not even hiding it anymore. It’s a full front war and they are using all the ammo to pitch Pakistanis against each other.
Indian propagandist Gaurav Arya confessing how they used Pakistanis for propaganda against Asim Bajwa. https://t.co/NkEjLLlzha

Major Arya’s comments came in the backdrop of a US-based Pakistani journalist’s story in which he tried to link the retired general Asim Bajwa’s family business to alleged corruption.

Interestingly, Gaurav had broken a similar story on his YouTube channel almost a month ago.

In response to the news report, General Asim Bajwa had issued a four-page point-by-point rebuttal to the allegations and also tendered resignation as a Special Assistant to PM on Information. PM Imran Khan, satisfied with his clarification, rejected the resignation and instructed him to continue.

Major Gaurav Arya, an Indian propagandist, has long been spewing venom against the Pakistan Army and other security institutions. His lines are toed by some of the Pakistani politicians, as commonly believed.

Recently, convicted premier Nawaz Sharif’s blazing speech in which he targeted the Army and judiciary, is being seen in this paradigm.

Nawaz grew up reading Abba Ji script, then was hired by Gen. Zia & Jillani to sing their songs, then he hired DMG officers to think for him, infront of Obama he searched for Foreign Office script, now in frustration, at 70, he reads Indian script, he never had anything original

In a TV interview last week, Prime Minister Khan has also blamed Nawaz Sharif for acquiring India’s help to derail the government and weaken the Army.