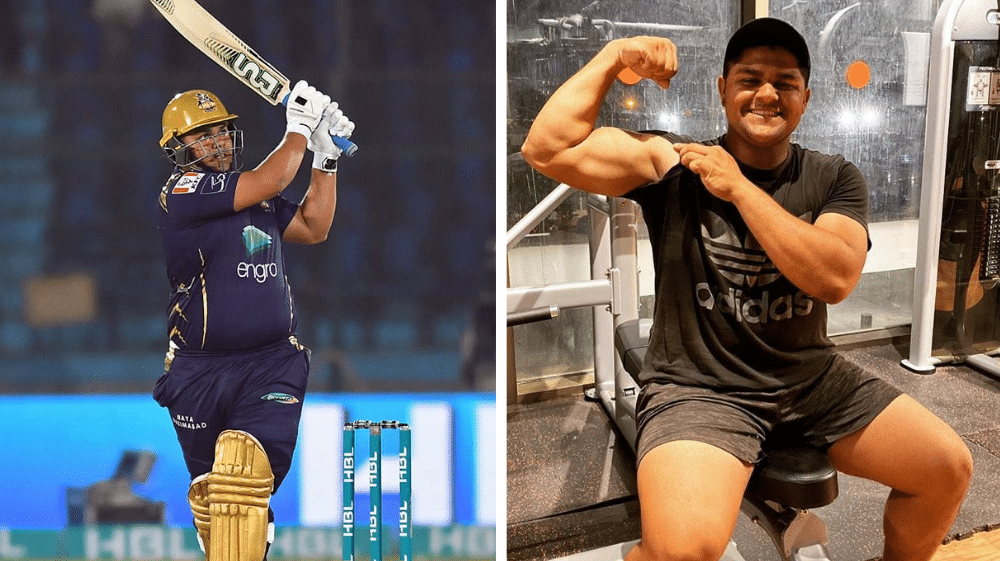 Wicket-keeper batsman, Azam Khan, has undergone an extensive fitness regime and has reportedly lost 32 kilograms this year.  The commentators highlighted his amazing transformation during the ongoing National T20 Cup.

IPL 2008: Umar Gul Says Indians Were Hospitable in Every City Except Mumbai

The commentators were saying that Azam Khan has lost 32kg this year. What a wonderful striker of a cricket ball he is #NationalT20Cup #Cricket pic.twitter.com/ep1r18ydwg

While playing for Sindh in the National T20 Cup, Azam played a brilliant knock of 55 from 28 balls as he struck five huge sixes in the innings. Commentators praised his ability to clear the fence with ease and also suggested him to be a part of the Pakistan’s T20 line-up to solve the power-hitting problem in the lower order.

Azam also revealed his weight-loss and fitness regime on his Instagram page.

Azam Khan, who is the son of former wicket-keeper Moin Khan, gained a lot of attention from the fans while playing for Quetta Gladiators in this year’s Pakistan Super League. Many fans called him out for nepotism and ridiculed him for his fitness.

Azam did manage to reply by letting his bat do the talking, as he scored 150 runs at a strike-rate of 130.43 in nine matches for the Quetta Gladiators. However, claims of his ‘unjust’ inclusion in the team are still there.