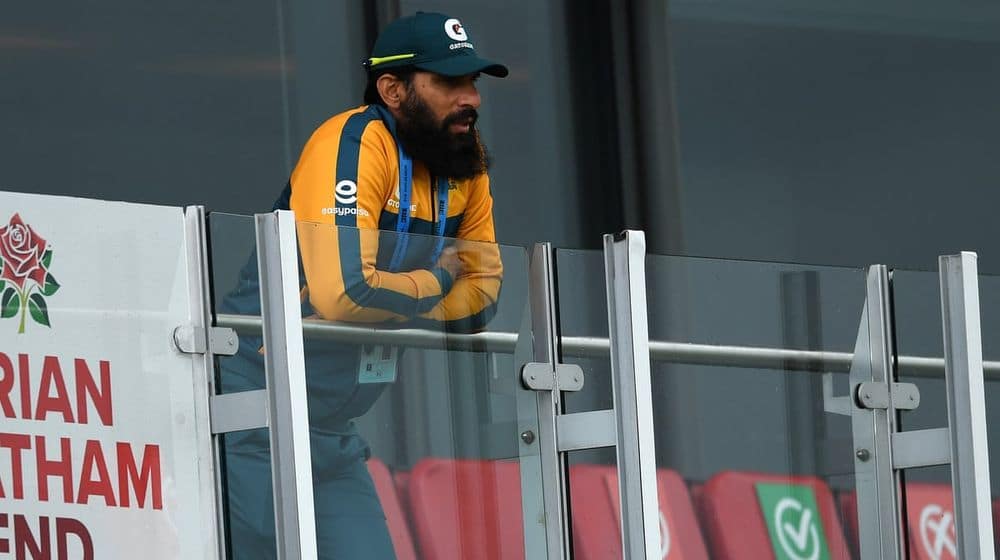 Head coach, Misbah-ul-Haq, has said that the Pakistan cricket team is ready to challenge the top teams for major trophies. He lamented that the team was unfortunate not to win the Test and T20I series despite playing brilliant cricket on the England tour.

Regarding the T20Is, he said that the batsmen played wonderfully well and managed to score over 190 runs in both the matches against a world-class bowling attack. Given the form and the combination of the team, Pakistan should be fighting for major trophies, he asserted.

Misbah also talked about the combination of the team for the upcoming series against Zimbabwe, adding that there are a lot of young players in the squad.

He said that a few players have only started their careers and not many have played for more than five or six years in the national team. The 45-year-old added that he has always been an advocate of integrating young players in the national set-up, but having the right balance of experienced and youngsters is the priority.

Zimbabwe will tour Pakistan for a limited-overs series at the end of the month and cricket experts and fans have urged the chief selector to give a chance to young players. Misbah has already made it clear that he will select players looking at the current team combination.

Misbah concluded that the squad for the series against Zimbabwe will be announced after the National T20 Cup so that the selection committee can evaluate the performances of the players in the tournament before making the final call.