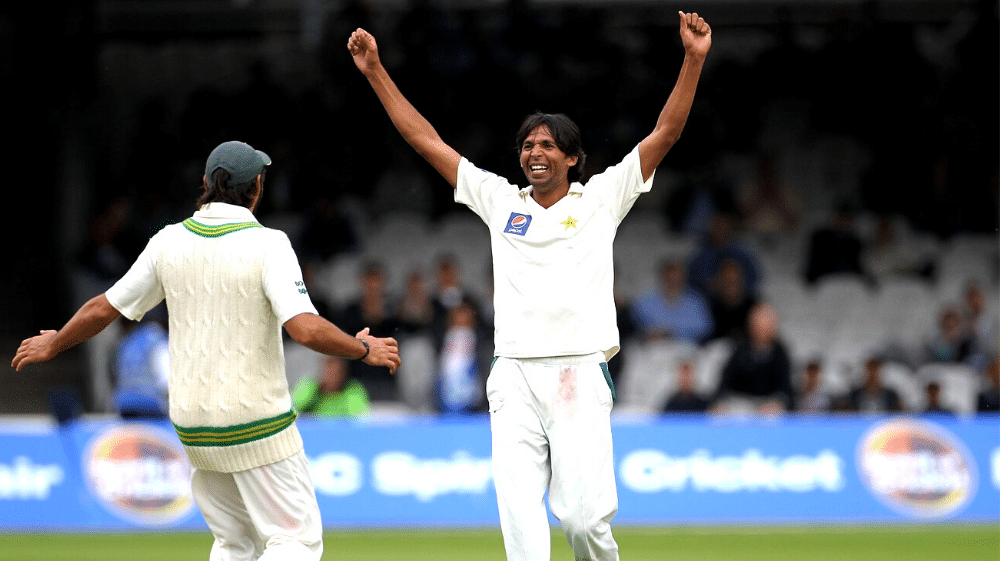 Mohammad Zahid, the fast bowling coach at National High Performance Centre, has praised former fast bowler, Mohammad Asif, for his exceptional abilities with the ball and said that he was absolutely unplayable at times.

Players such as Kevin Pietersen and Hashim Amla have also praised Mohammad Asif in the past, calling him a nightmare to face.

Asif was one of the finest red ball bowlers in world cricket, picking up 106 wickets at an average of 24.4 in 23 matches. He hasn’t played international cricket ever since the 2010 spot-fixing scandal.

Mohammad Zahid has been full of praises for the 37-year old, recalling his amazing ability to consistently pick up wickets despite his average pace.

Mohammad Asif used to pick up wickets, despite bowling around 82 to 83 mph, and was unplayable at times.

In his current role as the bowling coach at National High Performance Centre, Zahid wants to ‘nurture supreme pacers’ that can bowl around 95 mph.

Mohammad Zahid, a highly rated fast bowler himself, had his career cut short due to a persistent back injury and team politics. Zahid was the first Pakistani bowler to pick up ten wickets on his international Test debut. He only managed to play 5 Test matches and 11 ODIs in his short-lived career as a cricketer.

West Indian batsman, Brian Lara, described Zahid as the fastest bowler in the world. Former pacer, Shoaib Akhtar, also admitted that Zahid was a yard quicker than him.