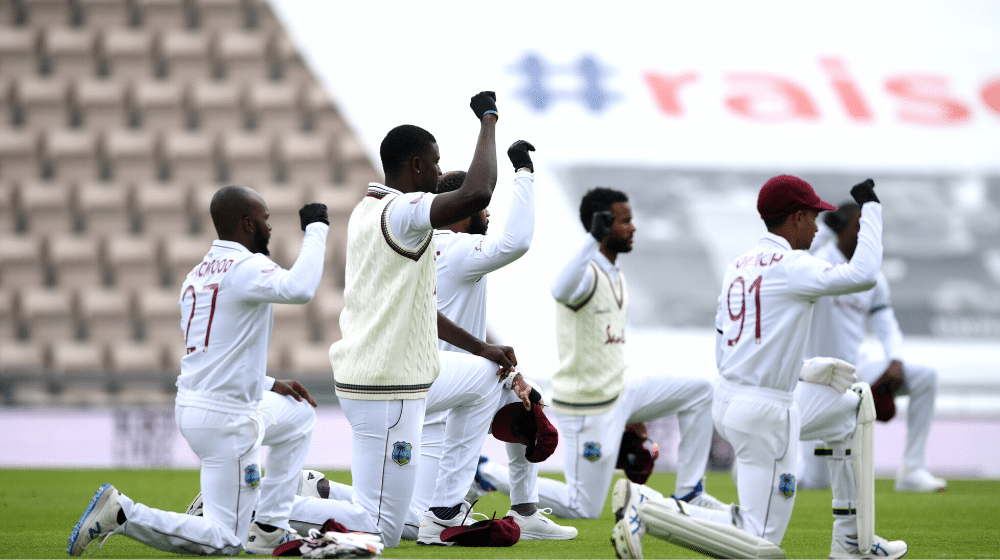 West Indies Test captain Jason Holder said that he is disappointed at the lack of commitment shown towards ‘Black Lives Matter’ movement by Pakistan and Australia in their tours of England. He felt that the two nations did not show solidarity with the racially discriminated people.

During the West Indies tour of England, both the teams took a knee before the start of every match, to show solidarity with the movement and unite against racism, especially after the racially motivated murder of George Floyd in the United States.

The players continued to take the knee in England’s series against Ireland and for West Indies women’s tour of England but the practice was ended for Pakistan and Australia’s tour of England.

“I personally was a bit disappointed with Pakistan and Australia and how their tours went on after ours, that they were not showing their solidarity afterward. It’s a long debate, a long, hard challenge and a long road. But we as people need to continue to come together to put our ideas together and genuinely find ways to fix the inequalities in the world,” Holder said.

Holder is currently in the UAE playing in the Indian Premier League for Sunrisers Hyderabad and he said that he hasn’t talked about the movement with his teammates. This has left him more disappointed.

He said that it is sad that none of his teammates have talked to him about the subject and it’s as though the whole saga has gone unnoticed in this part of the world.