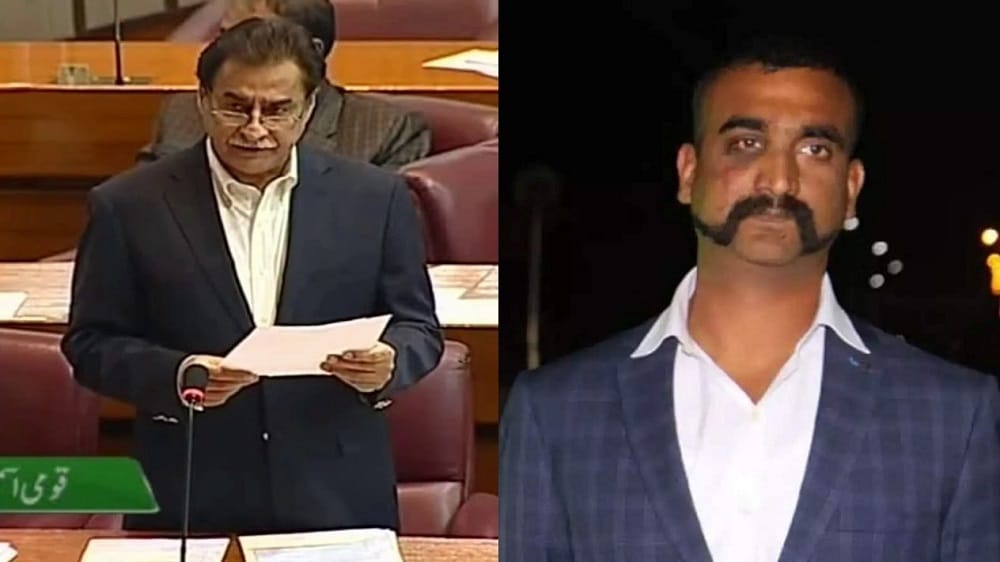 Senior lawmaker, PML-N MNA, and former Speaker National Assembly, Sardar Ayaz Sadiq, has landed himself in hot waters after he made some utterly preposterous claims on the floor of the house.

Here is what the former Speaker has alleged:

During a meeting of government and opposition, of which Prime Minister Imran refused to be a part of, that was also attended by Army Chief, General Qamar Javed Bajwa, Foreign Minister Shah Mahmood Qureshi came into the room, while his legs were shaking and he was sweating [out of fear], and begged before the opposition parties to let Abhinandan go back to India or else it would attack Pakistan at 9 PM.

Sadiq’s remarks have received widespread condemnation from both government and public spheres, his statements are being celebrated as a victory in India.

India couldn't dare to fight back after arrest of #abhinandan
pic.twitter.com/9sUCYDqbE1

Pakistan’s security forces attacked India in broad daylight. Then they shot down an Indian aircraft, caught its pilot and decided to return him within hours to deescalate the situation. If fear was an issue, we would’ve not even retaliated in the first place! #AyazSadiq

Posting it again to remind everyone how a lion sees his prey ✌️♥️… Thank you #AyazSadiq
For exposing Pak army, Pak PM, and Shivering and trembling Bajwa !!! 😂 #abhinandan 🇮🇳🇮🇳🇮🇳 #AyazSadiq pic.twitter.com/ytnounkDNP

See how indian media is reacting on recent stupid statement by #AyazSadiq shame on u idiot… 🖐 pic.twitter.com/sqDQ4czqOH

#AyazSadiq=#DawnLeaks
claiming to reveal details of a classified meeting & revealing false info, that Indian pilot was released for fear of an Indian attack by 9pm Feb27

Although Ayaz Sadiq has retracted from his original statement after Indian media ran hours-long stories on it, the damage has already been done.

In a clarification video, Ayaz Sadiq acknowledges that Pakistan’s shooting down an Indian fighter jet and capturing the enemy’s pilot was a victory.

Surprisingly, the former Speaker has apparently stood by his words, arguing that certain factors were at play that caused Pakistan to announce the release of Abhinandan within hours after capturing him.