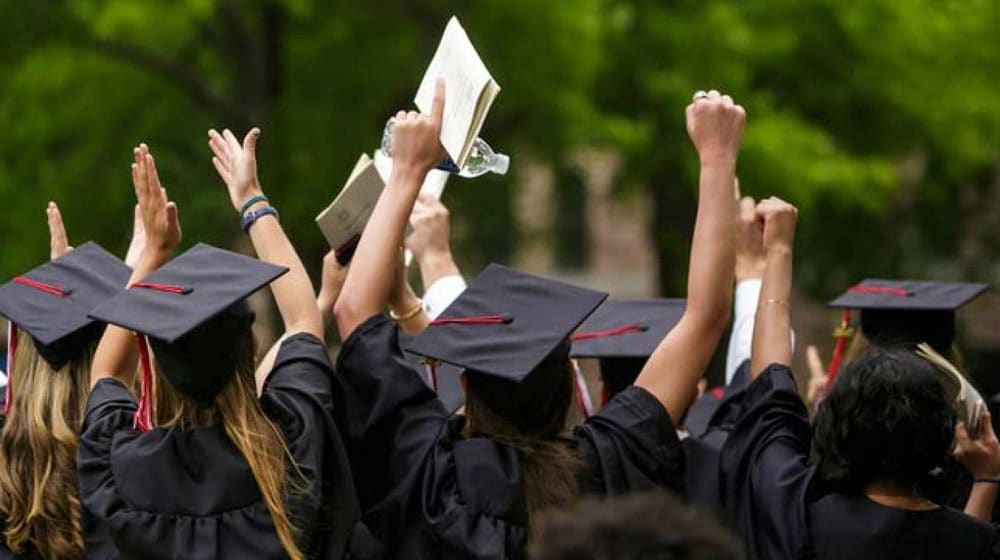 Tens of thousands of Pakistani students studied (and settled) in the United Kingdom on student visas every year until David Cameron’s government revised the policy in 2010.

Under the tier-4 visa policy, students could live there for an extra two years on a work-permit visa after completing studies. However, the policy revision reduced the work-permit limit to just four months.

Many international students suffered a setback as they couldn’t find any sponsor to attain permanent residence, and eventually, they had to return to their respective countries.

Under the new visa regime, the international students will now require 70 points to get a study visa for the United Kingdom.

Students can achieve these points by demonstrating that they have an offer from an approved educational institution (50), speak English proficiently (10), and can support themselves during their studies in the UK (10).

UK Minister for Future Borders and Immigration, Kevin Foster, hoped that the move will ‘unleash the country’s full potential’.

Now we have left the EU, we are free to unleash this country’s full potential and implement the changes we need to restore trust in the immigration system and attract talent to drive our economy forward.

The UK Home Office said the new route treats all students equally, including students from Europe coming to study. They have planned to give 600,000 visas by 2030.

FBR Will Not Extend December Deadline for Income Tax Filing

Students have to choose an institution that is approved by the British government. Here is the list of the institutions licensed to sponsor migrant students under this program.

For further assistance to applicants outside the UK,  here is the complete guideline explaining the steps to apply for a visa to live in the UK.

On the other hand, the UK has also planned to start a new ‘Graduates Scheme’ from summer 2021. Under this scheme, any student pursuing a Master’s degree in the UK will receive a two-year work permit.