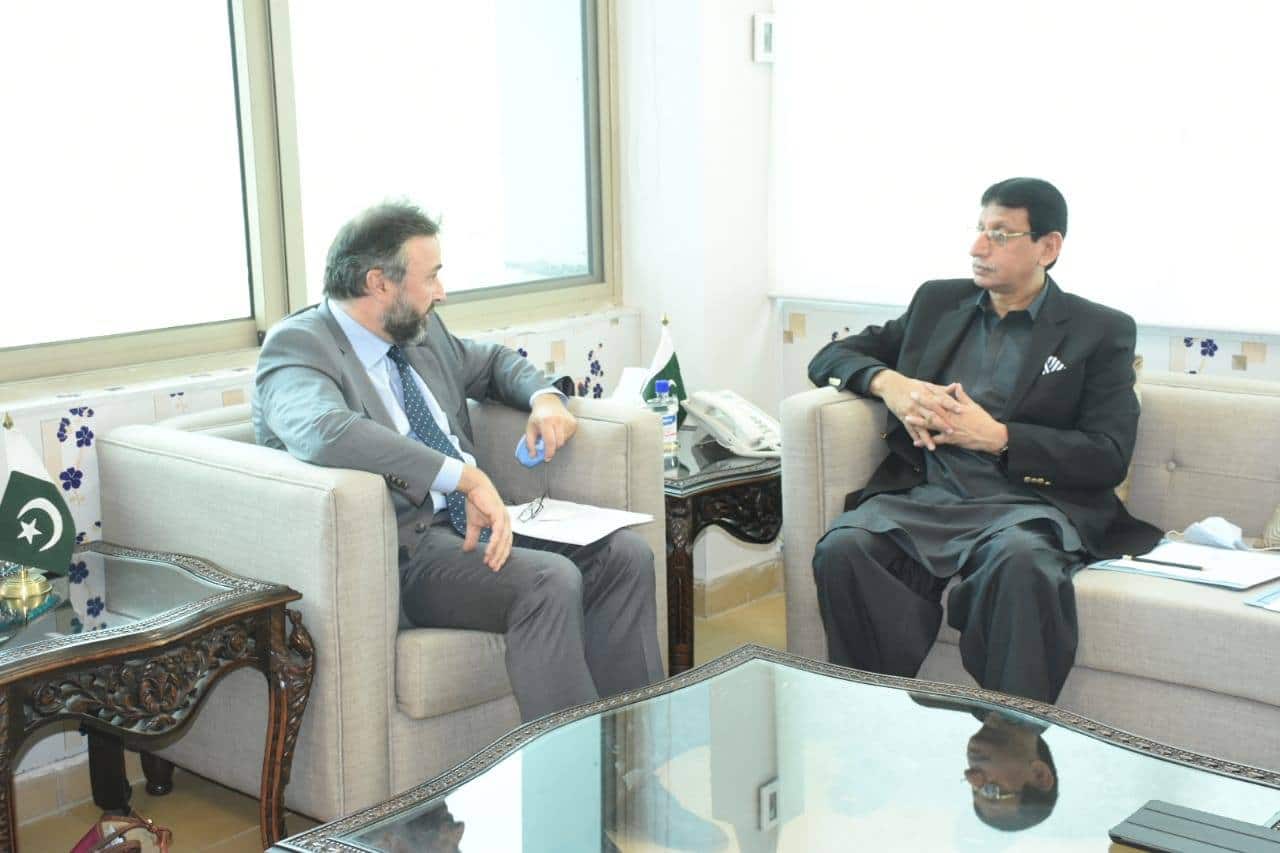 The Federal Government on Thursday sought World Bank support for funding different projects for the completion of the Digital Pakistan vision.

The World Bank Country Director for Pakistan, Najy Benhassine, called on Federal Minister for IT and Telecommunication Syed Aminul Haque here on Thursday.

Federal Minister for IT and Telecom and the World Bank Country director discussed matters of mutual interest, and those related to Information and Communication Technology (ICT), digitalization, and connectivity. Federal Secretary Ministry of IT Shoaib Ahmad Siddiqui was also present in the meeting.

Talking to World Bank Country Director, Federal Minister for IT and Telecom Syed Aminul Haque said that under Digital Pakistan vision, the provision of broadband services across the country was the top priority of the Ministry of IT.

He said the IT and IT-enabled Services (ITeS) export remittances comprising computer services and call center services surged to US $379.251 million at a growth rate of 43.55 percent during the first three months (July-September) of FY 2020-21, in comparison to US $264.187 million during the same period during the fiscal year 2019-20.

Haque said that the working relations between the World Bank and Pakistan would further strengthen.  The federal minister also lauded the World Bank for its support during the Covid-19 pandemic.

He also urged the World Bank to do funding in different projects for the completion of the Digital Pakistan vision. The country director of World Bank lauded the performance of the Ministry of IT, and said that the World Bank was ready to cooperate regarding connectivity, provision of broadband services in far-flung areas, and in other areas.