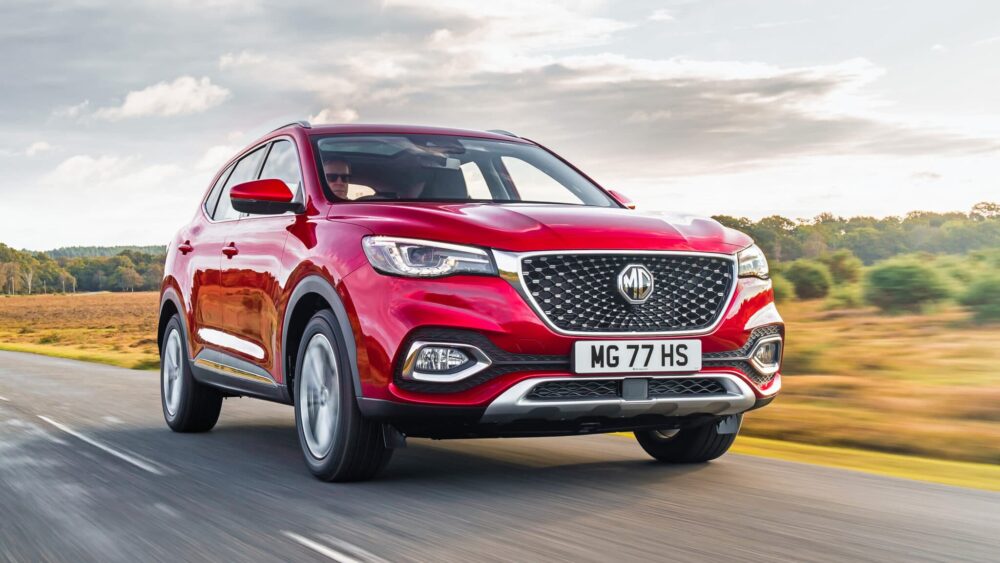 The MG HS crossover SUV is finally available for pre-booking in Pakistan. The company has set a price of Rs. 5,535,000 for the luxurious crossover SUV. The initial booking price will be Rs. 2 million and the vehicle will be delivered to customers by December 2020.

The announcement also claims that this offer is only for “selected customers”, which implies that the early aspiring customers of the compact crossover SUV will have to hold their breath until an official announcement is made by the automaker.

Upon its arrival, the MG HS is likely to go up against other compact crossover SUVs like the Kia Sportage, the Hyundai Tucson, and the DFSK Glory 580 in the Pakistani market. Initial reports had claimed that the MG HS would compete in the sub-compact SUV category, but considering that it is a relatively bigger vehicle, it is likely to compete in a segment of large vehicles.

In the international market, the SUV has two common engine options – the 1.5-liter 4-cylinder turbocharged petrol engine that makes 169 horsepower, and a 2.0-liter 4-cylinder turbocharged petrol engine that generates 231 horsepower. Both the engines can be mated to a 6-speed manual, a 6-speed DCT, or a 7-speed sportstronic DCT gearbox. Pakistani is expected to get the 1.5-liter engine with automatic transmission.

The SUV’s look has been revealed in pictures, and has the following impressive features but is not limited to them:

Javed Afridi, who is the owner of JW Auto Park and who signed the MoU with MG, released a few new interior images of the vehicle, showing off the cream headliner and caramel leather trim that wraps the seats, the door panels and the lower dash of the vehicle. The previous photos that we had seen had a black and Red interior color combo, which was also good, but the caramel and black trim make the car look much bigger and livelier inside. 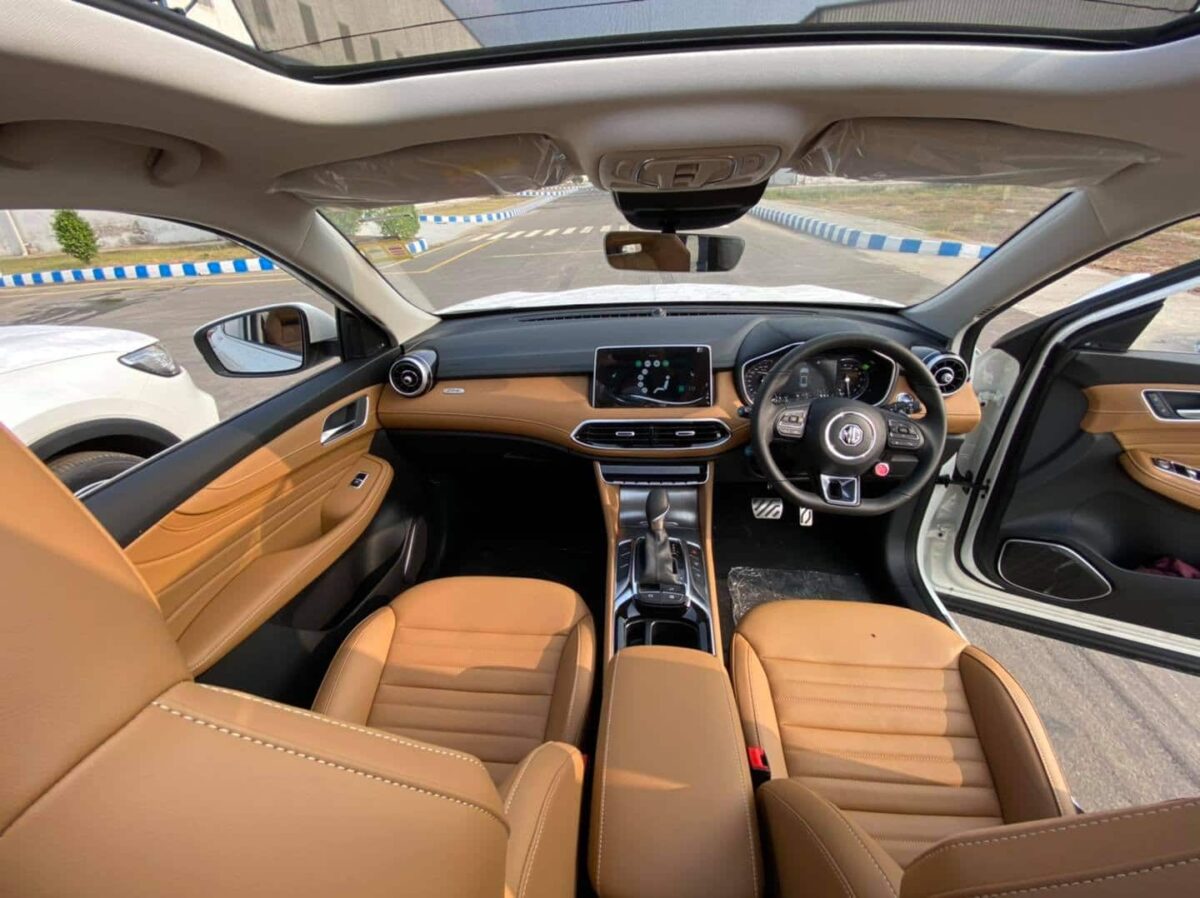 The only place where the HS falls short is that it is being marketed as only a front-wheel-drive vehicle, which makes it an on-road-only SUV. Nonetheless, it has many remarkable features, an incredible interior and exterior, and strong performance figures that very few cars offer at the same price point. 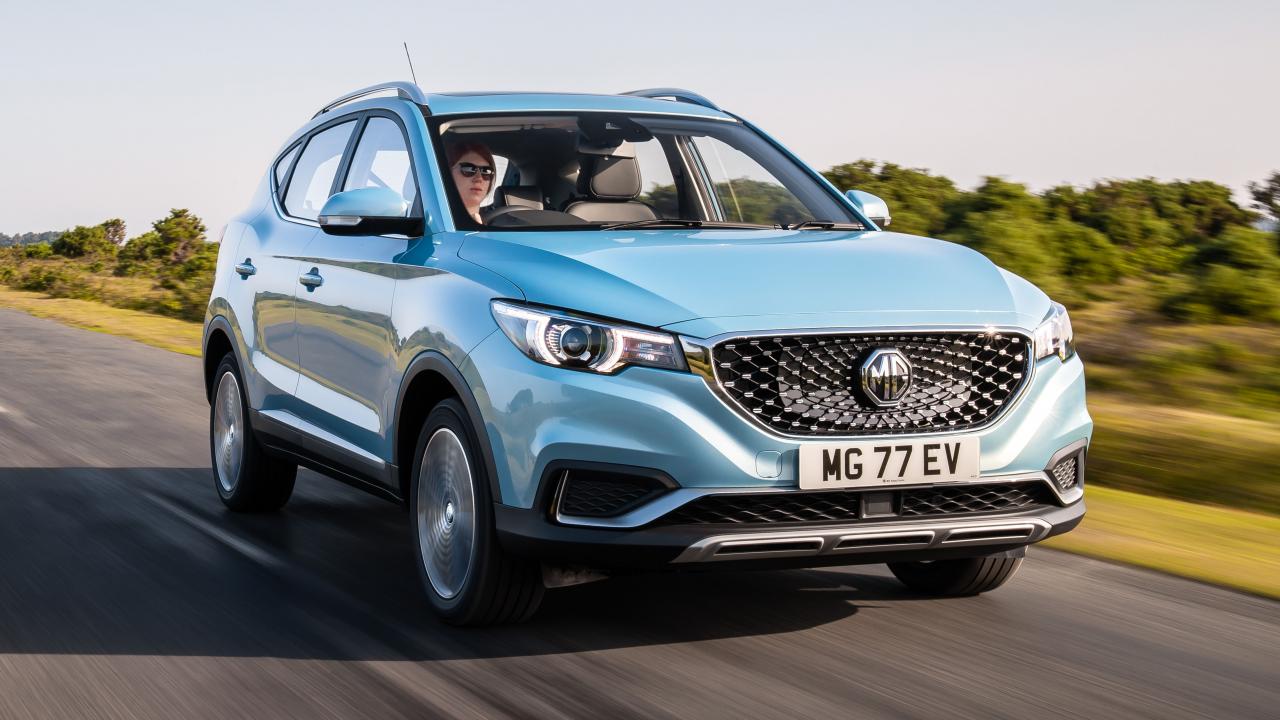 Some reports suggest that the MG is planning to launch an EV crossover called ‘the ZS EV’ in Pakistan. Lookswise, it is comparatively smaller, and reportedly has a 44.5 kWh lithium-ion battery that powers a single electric motor to produce 141 horsepower and 350 newton/meters of torque. An official announcement regarding it is yet to come from the automaker.