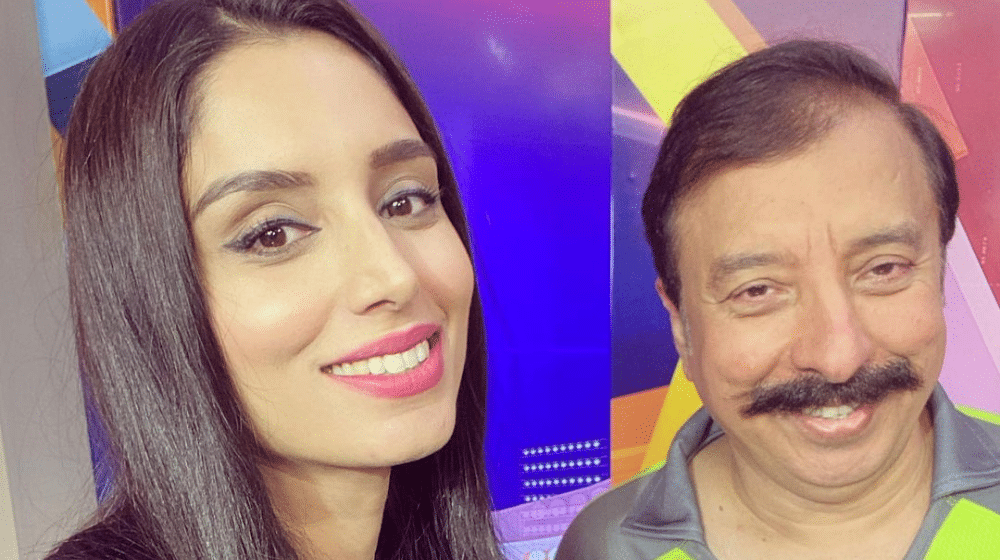 Zainab Abbas, Pakistan’s acclaimed cricket presenter, has revealed that whenever she has watched Lahore Qalandars’ match alongside their owner, Fawad Rana, they have lost.

Rana Fawad’s team finally qualified for their first PSL final after finishing on the bottom in their first four attempts, exciting all cricket fans across the country. Rana Fawad is one of the most animated personalities in the PSL and is certainly the most famous owner out of the lot.

“I was overjoyed yesterday. But today, I am feeling the pressure of the upcoming faceoff, it’s a pressure match. It would be a Dama Dam Mast Qalandar clash,” he said.

Zainab Abbas has been the face of the cricket jokes on social media for a couple of years now. Coincidentally whichever player she took a picture with prior to a match, their team lost.

In her latest Instagram post, Zainab Abbas shared a picture with Rana Fawad and said that Lahore’s owner looks excited for the highly anticipated final. 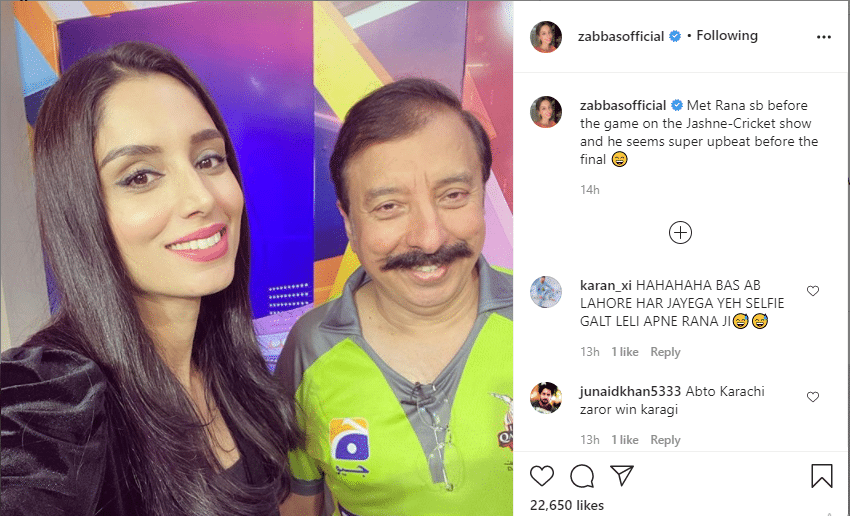 Rana Fawad will be hoping that his picture with Zainab Abbas brings him good luck as his side will be eyeing first PSL trophy.