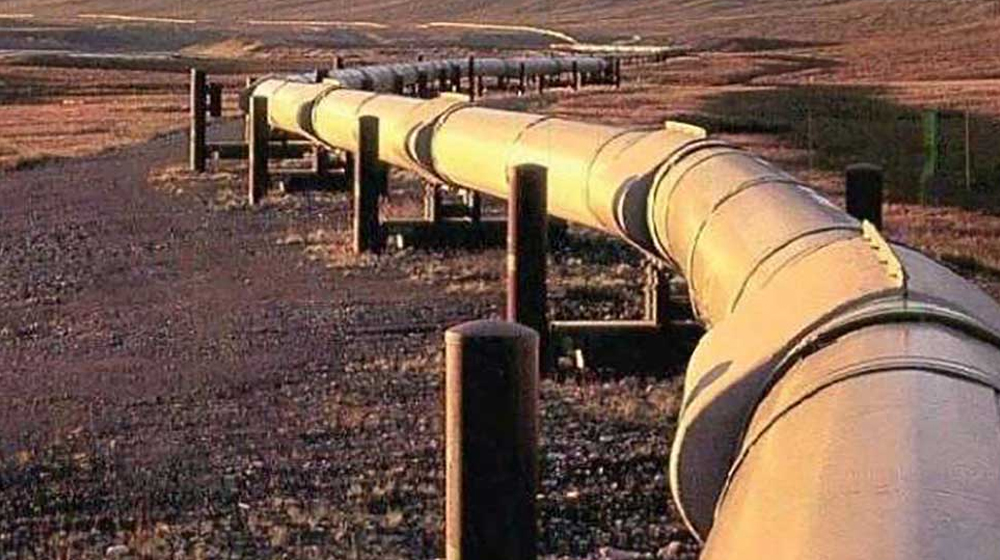 The three-day talks between Pakistan and Russia regarding the 1,122 km high-pressure RLNG pipeline from Port Qasim, Karachi to Kasur, Punjab, concluded with both sides agreeing on an amendment in the Inter-Governmental Agreement (IGA).

In a statement issued following the meeting, the project was termed as the start of a new era of strategic relationships between the two countries.

The Ministry of Energy (Petroleum Division) of Pakistan and the Ministry of Energy of the Russian Federation held the first Russia-Pakistan Technical Committee meeting from 16th to 18th November 2020 in Islamabad on cooperation for the development of the North-South Gas Pipeline Project.

The project is a flagship strategic venture between the institutions of Pakistan and Russia, which shall strengthen the long-term bilateral ties between the two countries through people-to-people contact.

The Pakistani delegation included representation from the Ministry of Energy (Petroleum Division), Ministry of Foreign Affairs, and Law and Justice Division along with Inter-State Gas Systems (Private) Limited. The talks were also attended by the Minister for Energy and Special Assistant to the Prime Minister (SAPM) on Petroleum.

Both the sides had signed an Inter-Governmental Agreement (IGA) in 2015 when Russia was to completely finance the project, but after the Gas Infrastructure Development Cess (GIDC) verdict by the Supreme Court, and availability of liquidity with Petroleum Division, the Inter-Governmental Agreement has been amended and the North-South Gas Pipeline Project (NSGPP) has been renamed as Pakistan Stream Gas Pipeline Project (PSGPP) with 26 percent equity share from Russia.

“Russia has not adopted to keep 49 percent shares in equity offered by Pakistan, but decided to have its equity at 26 percent. It means Pakistan will be having 74 percent equity in the project. The pipeline project will be backed by the agreement based on the ‘take and pay’ mode with no sovereign guarantee,” an official attending the talks spoke to the media.

While giving the concluding remarks at the session, the Federal Minister for Energy, Mr. Omar Ayub Khan, lauded the Technical Committees from both sides for finalization of the protocol of the Inter-Governmental Agreement for the expeditious implementation of the North-South Gas Pipeline Project. He said that the Government of Pakistan envisages this as a first step towards the establishment of a strong bilateral relationship and strategic ties with the Russian Federation. The Minister voiced a hope that this project would benefit both countries, and such cooperation between the two countries would continue in the coming time.

In his closing remarks, Mr. Nadeem Babar said that the North-South Gas Pipeline is ‘a stepping stone’ towards greater cooperation between Pakistan and Russia in the energy sector. The SAPM said that Pakistan is fully committed to an early realization of this key project, and looks forward to working with the Russian Federation efficiently. He shared Prime Minister Imran Khan’s desire to see the project successfully executed.

Pakistan and Russia are keenly interested to invest in the project and embark upon its timely, cost-effective, and successful implementation for the benefit of the people of Pakistan while ensuring optimum gas tariff. Both sides affirmed the maximum utilization of Russian and Pakistani materials, equipment, and resources, intending to enhance the technical and operational capacity of Pakistani companies and human resources through mutual working and training.

Both sides agreed to sign a protocol for amendment in the Inter-Governmental Agreement earlier signed in 2015 between both the governments to reflect the revised implementation structure of the project after requisite approvals from respective governments.

The parties agreed in principle to implement the project through a special purpose company to be incorporated in Pakistan by Pakistan and Russian parties, wherein Pakistan will have the majority shareholding.

Both sides have also decided to make a Joint Venture Company (JVC), consisting of a Board of Directors with representation from both sides. The company will be named as Russia-Pakistan JVC that will operate the gas pipeline with a leading role of Pakistan.

Sui Northern and Sui Southern Gas pipeline companies from Pakistan will be assigned to lay down the gas pipeline. However, Russia will be providing the Russian-made gas pipeline and compressors, and other equipment.