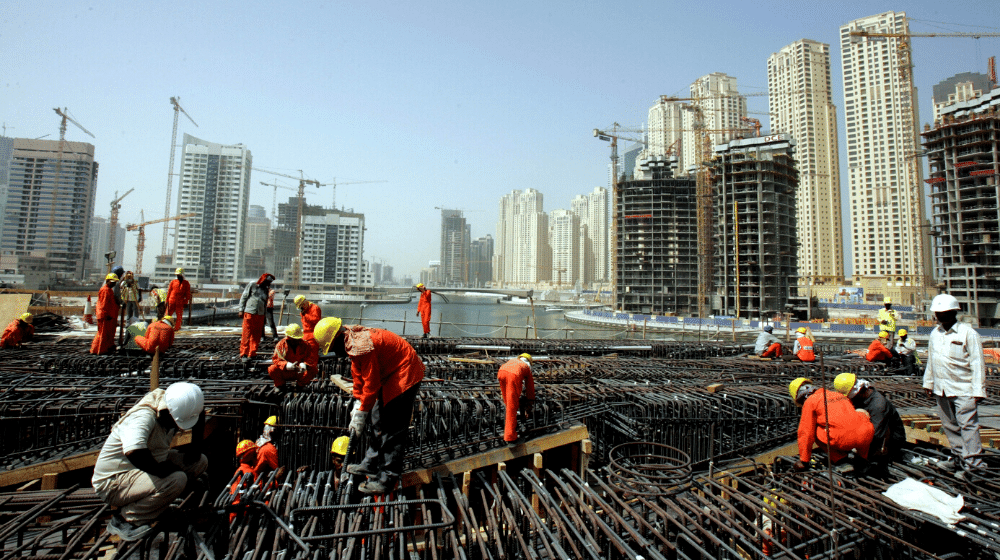 The State Bank of Pakistan (SBP) has warned the Government of Pakistan that the forced repatriation of overseas Pakistani workers due to the COVID-19 crisis will put a huge dent in the economy, and has requested the creation of a calculated strategy to deal with the situation.

The SBP recently released the State of Pakistan’s Economy 2019-20 which revealed that the government does not have a comprehensive long-term plan to deal with the issue of the forced repatriation of overseas Pakistani workers.

UAE Wants to Invest in Development Projects of Pakistan

“While the short-to-medium-term focus seems appropriate given the abruptness of the COVID-19 crisis, the government must also frame a long-term view and adopt a comprehensive national migration policy,” the SBP remarked.

The annual report also noted the huge impact such a situation will create if thousands of migrant workers are forced to move back to Pakistan with a grim outlook. Thousands of Pakistani workers are currently employed in the Middle East and the pandemic has already cost a lot of Pakistanis their jobs.

Many workers had been in the process of moving to other countries for their jobs but the pandemic has halted such processes and around 100,000 workers have been unable to gain employment.

“Around 50,000 Pakistani migrants faced layoffs in different countries. These jobs may not be recovered in the short term, and are, thus, extremely vulnerable,” the report stated.

According to the data, as many as 60,000 Pakistanis were newly hired but were unable to join their new places of work due to travel restrictions or the unavailability of flights, thus putting their employment at risk. Additionally, 50,000 Pakistanis have returned to the country after being granted leaves by the employer.

National Youth Council Will Be Formed With the PM Heading it: Asad Umar

“Now, with the COVID-19 crisis, the demand contraction and a dull crude oil market have further weakened the economic outlook of oil-exporting economies. Under such circumstances, a complete return to pre-COVID migrant employment levels does not appear in sight, at least over the next two years,” said the report.

The report also mentioned that thousands of overseas Pakistanis are expected to be repatriated in the near future and that they will require the government’s assistance for their reintegration into the Pakistani employment structure.

“A well-planned and coordinated strategy is needed at provincial and federal levels to address social and economic consequences of mass repatriation and cater to the basic needs of the returned migrants,” the report declared.