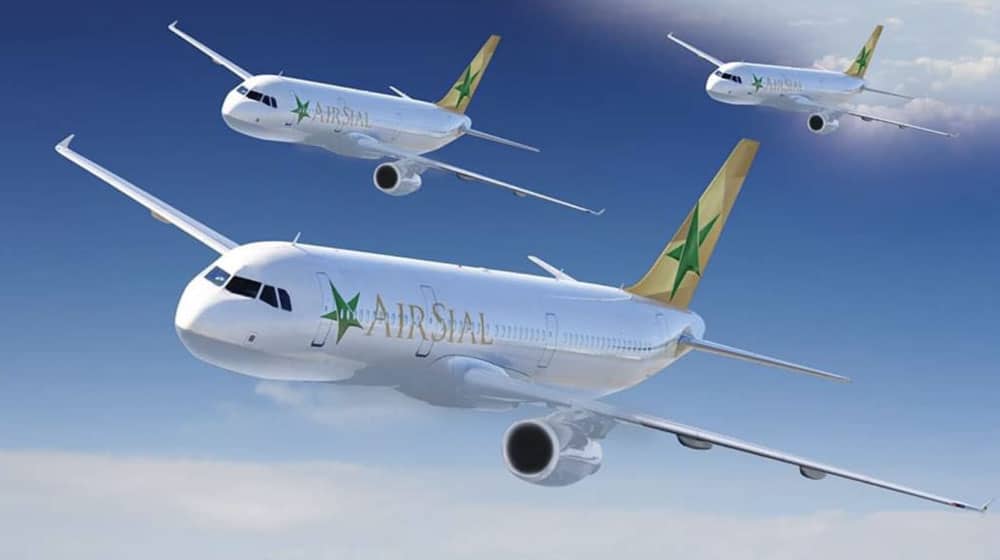 AirSial, Pakistan’s private carrier, is set to spread its wings countrywide in the coming days with the arrival of its first aircraft A320, at the Jinnah International airport in Karachi.

The airline is scheduled to receive two additional aircraft in the days to come to complete the mandatory fleet size for the commencement of its domestic operations in the major cities of the country.

The airline invested nearly $90 million to acquire the aircraft on the dry lease from various airlines.
According to officials, PM Imran Khan is likely to inaugurate the operations of the airlines, which would commence its full-fledged operations from December 25.

AirSial To Acquire Three Airbus A320 Aircraft in April-May

The management also decided to launch the airline with comparatively less operational details than the established operating airlines. However, they said that the quality of the services would be maintained up to the international standards, including flights rescheduled, fare returns, and compensation practice.

The Sialkot-based carrier was scheduled to launch its operations earlier this year in May. However, the launch was postponed to December 2020 due to the COVID-19 pandemic.

AirSial is the brainchild of the business community of Sialkot, which also built the city’s airport to facilitate trade and tourism with different countries. The carrier has 200 owners and board members.