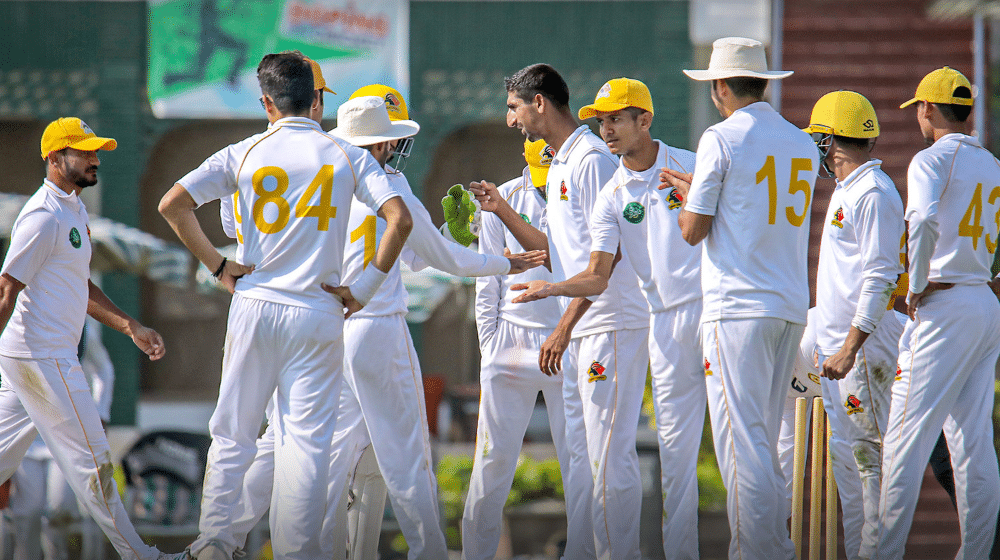 The fifth round of the Quaid-e-Azam Trophy concluded with all six teams trying their best to dig out a result, but for the first time in the tournament, all the matches ended in a draw.

Although the matches ended in a draw, there was some thrilling action as two out of the three matches went right down to the wire as the teams managed to survive at the end of the final day’s play.

One of the 5th round matches took place in National Stadium Karachi as Northern took on Khyber Pakhtunkhwa. KP were set a target of 390 in the fourth innings and despite a courageous fight, they found themselves holding on for a draw as they faltered to 309/9. With just a few overs to go, KP managed to ward off the threat as umpires called off the day’s play.

Sindh and Balochistan match ended in a draw as well as Sindh finished with 96/3 at the end of the day’s play. Both the teams showed their batting prowess with 2 centurions each from both sides. The bowlers faced a hard time on a batting-friendly pitch.

Halfway through the tournament, things are starting to heat up as Southern Punjab’s lead at the top of the table is under serious threat.

Here is the updated QeA Trophy points table after the 5th round:

What are your thoughts on the standings? Let us know in the comments section.