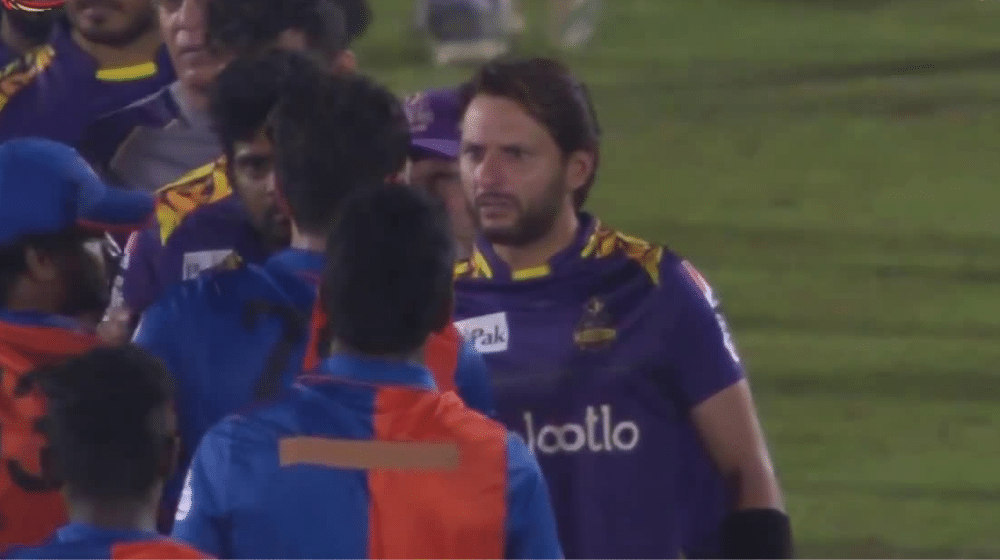 Former Pakistan captain, Shahid Afridi, reprimanded Afghanistan player, Naveen-ul-Haq, after the end of the match between Galle Gladiators and Kandy Tuskers in the Lanka Premier League.

Naveen-ul-Haq had a heated exchange with Pakistani pacer, Mohammad Amir, during the match and the two almost came head to head during a high pulsating game.

During the chase in the second innings, Mohammad Amir was at the crease when the incident took place. It was clear in the TV footage that the two had a go at each other, although the conversation between the two is inaudible and it is difficult to determine who started things.

In the footage, 21-year old Naveen looks to be exchanging some words with Mohammad Amir and after the conclusion of the match, the two still had a go at each other.

After the match, during handshakes between the two teams, Afridi came out and lashed out at the Afghani player.

Watch the video of the incident below:

Naveen Ul Haq, at the age of 21, just had a heated exchange with him 👀 #LPL2020 #WinTogether #HoldTheFort pic.twitter.com/8wLM81e5dk

It is unclear what Afridi said to Naveen, but it seems like he was out to teach some sportsman spirit to the young player.