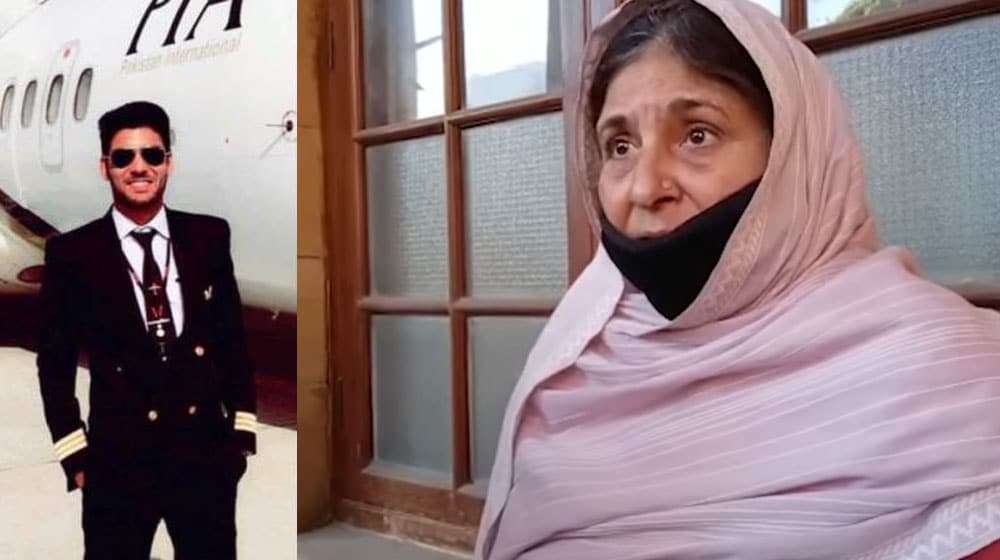 Shahida Mansoor Janjua, the mother of the deceased Pakistan International Airlines (PIA) pilot, Ahmed Mansoor Janjua, has made shocking revelations about the crashed plane in a recent interaction with the media.

Speaking outside her residence in Karachi, Shahida Janjua told reporters that her late son had told one of his sisters that his plane, the ATR 42-500, had numerous technical flaws and that he risked hundreds of other lives on a daily basis with it.

When Janjua’s sister had suggested that he make this information public, he had declined to do so as he had been fearful for his job.

Shahida told the media that after the demise of her husband who had also been a pilot, her late son had been the only breadwinner of their family of six that includes four unmarried sisters.

She rejected the preliminary investigation report suggesting that only one of the two engines had developed a fault that caused the crash, and stressed that there had been multiple other technical flaws in the ATR.

There had been several official complaints regarding the faults in the aircraft. The day that the doomed plane crashed, they [the officials] wiped away all the relevant records that would have exposed their criminal negligence.

Here’s Why Flu Vaccines Are Not Available in Pakistan

She said she had been visiting the Civil Aviation Authority (CAA) office as well as the court demanding the investigation report, but nothing has been given to her in over four years.

She also requested Prime Minister Imran Khan to look into the case and provide her justice.

Ahmed Mansoor Janjua was the co-Pilot of ill-fated flight PK-661 that crashed on 7 December 2016 in Havelian. Forty-eight people lost their lives in the crash including Junaid Jamshed and Deputy Commissioner Chitral, Osama Warraich.