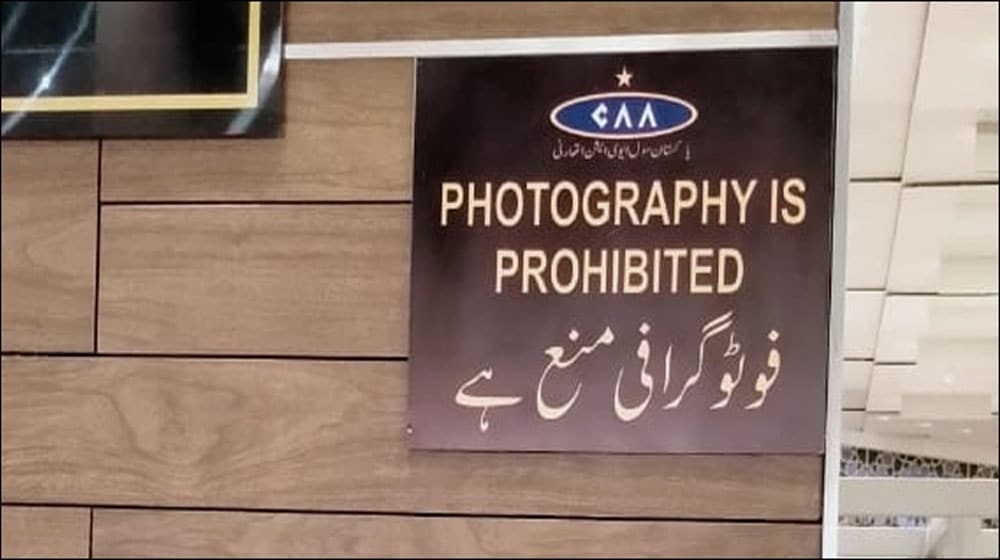 The Airports Security Force (ASF) wrote a letter to the Airport Manager on 19 November, highlighting the issue of photography and videography at the airport.

The ASF highlighted the violation of rules at the airport by officials, in particular, making videos for social media websites.

“It has been observed that officials of various departments and airlines at the airport make photos and videos while on duty. These videos are then uploaded on Facebook, WhatsApp, and TikTok,” the ASF also remarked in the letter.

Islamabad Airport Manager, Adnan Khan, said that the CAA had taken notice of the matter after being notified by the ASF.

He stated that regulations are being strictly enforced at Islamabad Airport for the concern, and added that action will be taken against the high-ups of the department and of private airlines whose employees were found in violation of the rule.

Last month, a female employee of a private airline was found making a TikTok video at the airport, which prompted the management of the airport to take notice of the incident and initiate an inquiry against her.