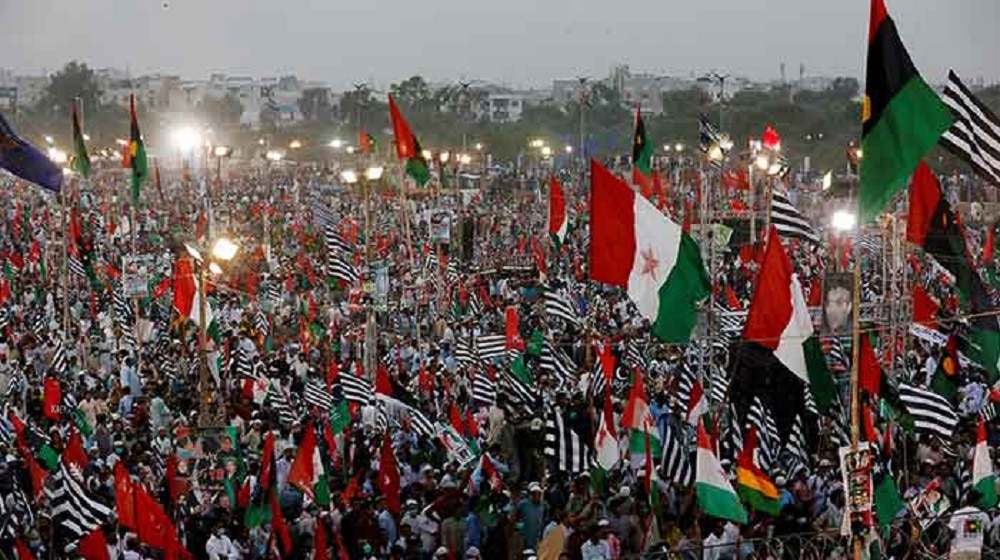 The Islamabad Capital Territory (ICT) Administration on Friday extended the ban on all political, social, cultural, and religious gatherings of five or more people for two months.

Additionally, the use of cassette player sounds and systems, CDs/DVDs, and other mediums for making objectionable and sectarian-related speeches and sermons at public places has also been banned for the same time period.

The ban was extended based on information that certain segments of society were planning to organize illegal assemblies aimed at disrupting public peace.

Photography and Videos Are Now Banned at Islamabad Airport

In a separate notification, the Deputy Commissioner, Mohammad Hamza Shafqaat, extended the ban on carrying, displaying, and exhibiting firearms; selling, purchasing, and using firecrackers and fireworks; the distribution of handbills and pamphlets; writing slogans and graffiti, and putting posters on walls for a period of two months.

Similarly, the use of waste papers, and loudspeakers, sound amplifiers, and sound systems for reasons other than the Azaan and the Khutba for Jumma prayers is now prohibited.

In another notification, blasting stone to create holes, and any sort of publication regarding the launch of a housing scheme or the sale of the plot without fulfilling the required legal formalities has also been banned. This decision was made after the district magistrate had been notified of certain illegal housing societies, trusts, limited companies, groups in Islamabad.