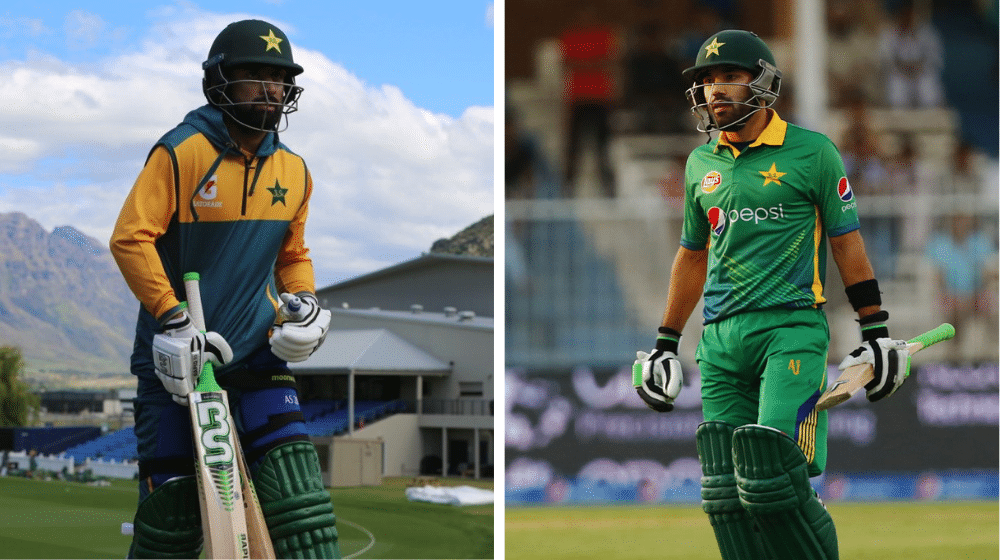 Pakistan cricket team was dealt a huge blow as captain, Babar Azam, was ruled out of the upcoming T20I series against New Zealand. His absence at the top has posed a selection dilemma for the management. The like of Abdullah Shafique, Haider Ali, and Mohammad Rizwan are rumored candidates to open the batting in Babar’s absence.

According to sources, Mohammad Rizwan and Abdullah Shafique are likely to open the innings for Pakistan, with Haider Ali set to retain his position at one-down. Sources have claimed that Mohammad Rizwan was already being lined-up as Babar’s opening partner, meanwhile, Abdullah was set to sit out of the starting eleven. Babar’s exit has now opened up a slot for Abdullah Shafique.

Babar Azam suffered a fracture in his right thumb in a practice session in Queenstown on Sunday morning and has been advised by the doctors to take rest for at least 12 to 14 days, which puts his place in the first Test under doubt as well.

Abdullah Shafique made his T20I debut against Zimbabwe a couple of months ago, scoring an impressive 41* on 33 balls as he guided Pakistan to a series victory. Rizwan, on the other hand, has been a part of the T20I squad since 2015 but has failed to impress so far. His career stats have been far from impressive, scoring 185 runs at an average of 16.81 and a strike rate of 96.35 in 23 matches.

Rizwan has never opened the batting for Pakistan in T20Is, although he did open for KP in the recently concluded National T20 Cup.

Pakistan’s vice-captain Shadab Khan is expected to captain the side in the T20Is, but he himself is not fully fit. Shadab has been carrying a groin injury and he might also be excluded from the starting eleven. Mohammad Rizwan, Imad Wasim, or Mohammad Hafeez are being considered for the captaincy if Shadab is unfit.