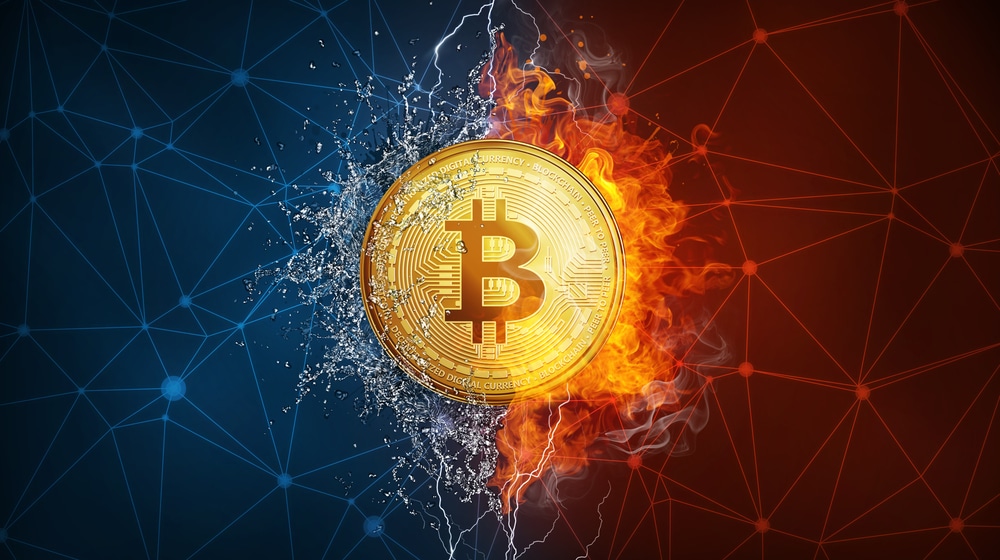 Bitcoin has once again broken its past record from November, with Coin Metrics reporting a massive 5.6 percent rally in the digital currency market. According to the live Coindesk dashboard, bitcoin has now hit a new high of $23,770, with a $2.83 billion transaction index and return-filing YTD rising above 217%.

Since October, major Wall Street firms like S&P Global and Cboe Global Markets have rallied behind the Bitcoin bandwagon, pushing the cryptocurrency past the $20,000 mark for the first time.

Bitcoin surged past the $22,000 mark to an intraday high of $23,774, with digital institutions trading at an increment of 16% percent. In the last two months, cryptocurrencies have garnered attention with companies and investors opting to integrate their finances with trending digital currencies. 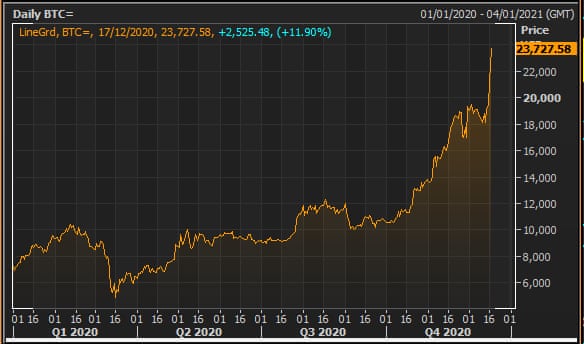 Notable analysts suggest that it is highly likely that the digital currency has grown because of mogul investors like Paul Tudor Jones and Stanley Druckenmiller who had moved their tangible assets into the crypto-market. Concurrently, tech firms like Square and MicroStrategy had converted their liability assets to buy Bitcoin.

Charles Hayter, the CEO of the digital market data provider CryptoCompare, told CNBC, “This is the domino effect as asset managers tumble their portfolios into Bitcoin”.

Bitcoin’s latest surge has somewhat nudged active market watchers to remember its 2017 rally that had almost peaked at $20,000 although a nail-biting pullback the following year dropped it close to $3,000.

Crypto-crusaders argue that the 2017 rally was nowhere near a spectacle as this year’s. Institutional buyers and fabled investors have driven this year’s Bitcoin rally unlike the retail speculation that typically fuels market ambiguity.

Yoni Assia, CEO and co-founder of online investment platform eToro, said, “Twenty thousand dollars is undoubtedly a momentous milestone for Bitcoin. We have seen a significant shift in the demographic of those interested and invested in crypto. It is no longer the domain of just computer programmers and fintech advocates”.

Co-founder and CEO of the digital exchange company Gemini, Tyler Winklevoss, said in a statement that more institutional investors are using Bitcoin as an inflation hedge.

Talking to CNBC, he said, “The race is on to secure Bitcoin in a market of ever-dwindling supply. It’s probably not too strong to say this is institutional FOMO (fear of missing out) and those organizations who have been looking to do this now realize they will have to move fast to secure it”.

Currently, the Bitcoin market cap remains unchanged at 422 billion. Experts and ‘preachers’ of the coin have suggested this is due to a monetary regulation enacted by the digital currency’s mystery creator, Satoshi Nakamoto.

However, for now, Bitcoin remains an attractive asset class.