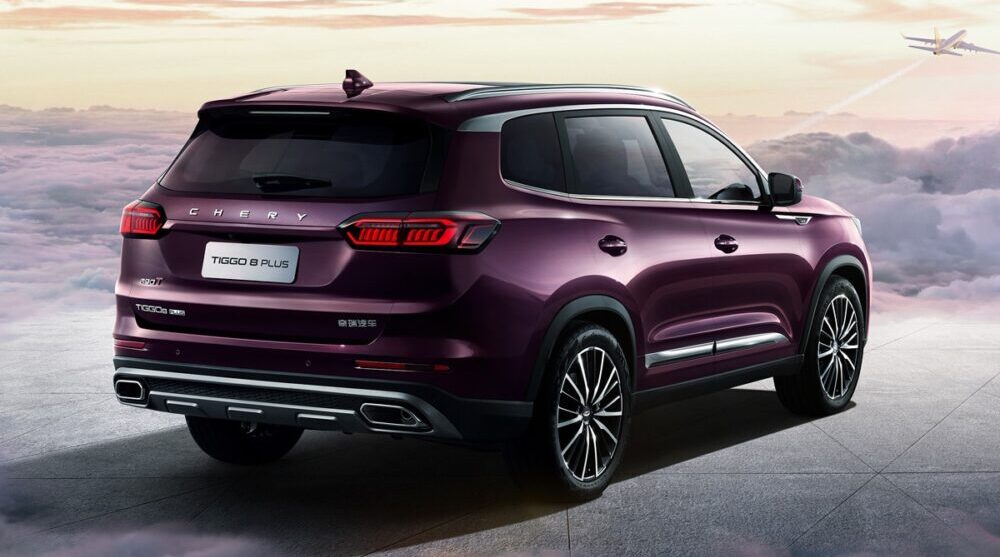 A reliable media and infotainment outlet had recently reported that Ghandhara Industries Ltd. (GIL) has begun negotiations with the Chinese automaker Chery to introduce its midsize Tiggo 8 SUV in Pakistan. However, GIL has clarified in a letter to the Pakistan Stock Exchange (PSX) Ltd. that no such negotiations have been made with Chery and that the media reports pertaining to the matter are “baseless and have no legal standing.”

The news spread rapidly over all the web-based outlets over the past few days because of the notion that numerous new carmakers are poised to enter the market before the expiration of the Automotive Development Policy (ADP) 2016-21. 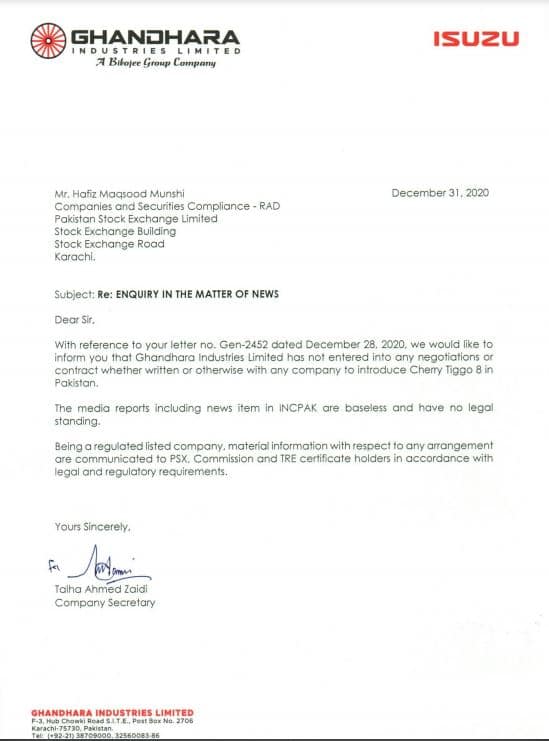 As the letter has come directly from GIL, it means that car enthusiasts will not be seeing the Chery SUV in Pakistan anytime soon.

GIL had launched the Isuzu D-Max pickup truck in single cabin and crew-cabin variants in Pakistan in 2018. The pickup was to compete against other sport utility pickup trucks like the Toyota Hilux. However, it had failed to capture the market as successfully as its competitor.

With the upcoming launch of the Volkswagen Amarok, the competition seems to be getting even tougher for the Isuzu D-Max.