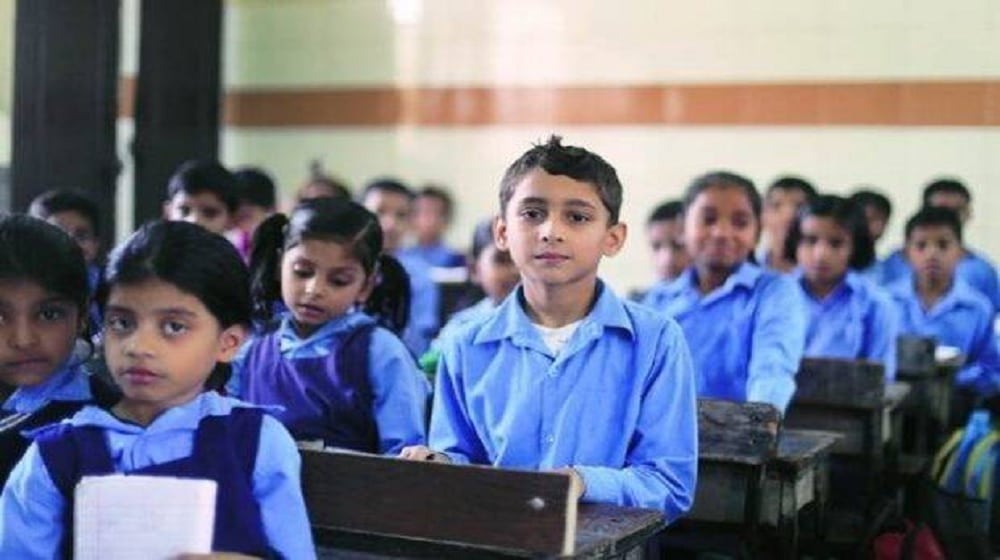 The government of Punjab has issued a notification for the implementation of a Single National Curriculum (SNC) for Grades Pre I-V for the forthcoming academic session 2021-22 and onwards. Also, Model Textbooks of Education, the Reforms & Textbook Development Wing, and the School Education Department have been developed by the federal government to be adopted by all the streams of education in the province.

Schools to be Reopened in Phases From 18 January: Education Ministry

The notification that was undersigned by the Managing Director Punjab Curriculum and Textbook Board, Dr. Farooq Manzoor, read:

“The Provincial Cabinet of Punjab, in its 39th meeting dated 17.12.2020, has accorded the concurrence and adoption of the Single National Curriculum (SNC)”.

It further stated: “Therefore, as per approval of the Board in its 76th meeting dated 31.12.2020 and as per Section 9(3)(a) of the PCTB Act-2015, the Competent Authority, Punjab Curriculum, and Textbook Board, Lahore hereby notified the Single National Curriculum (NSC) for Grades Pre I-V”. 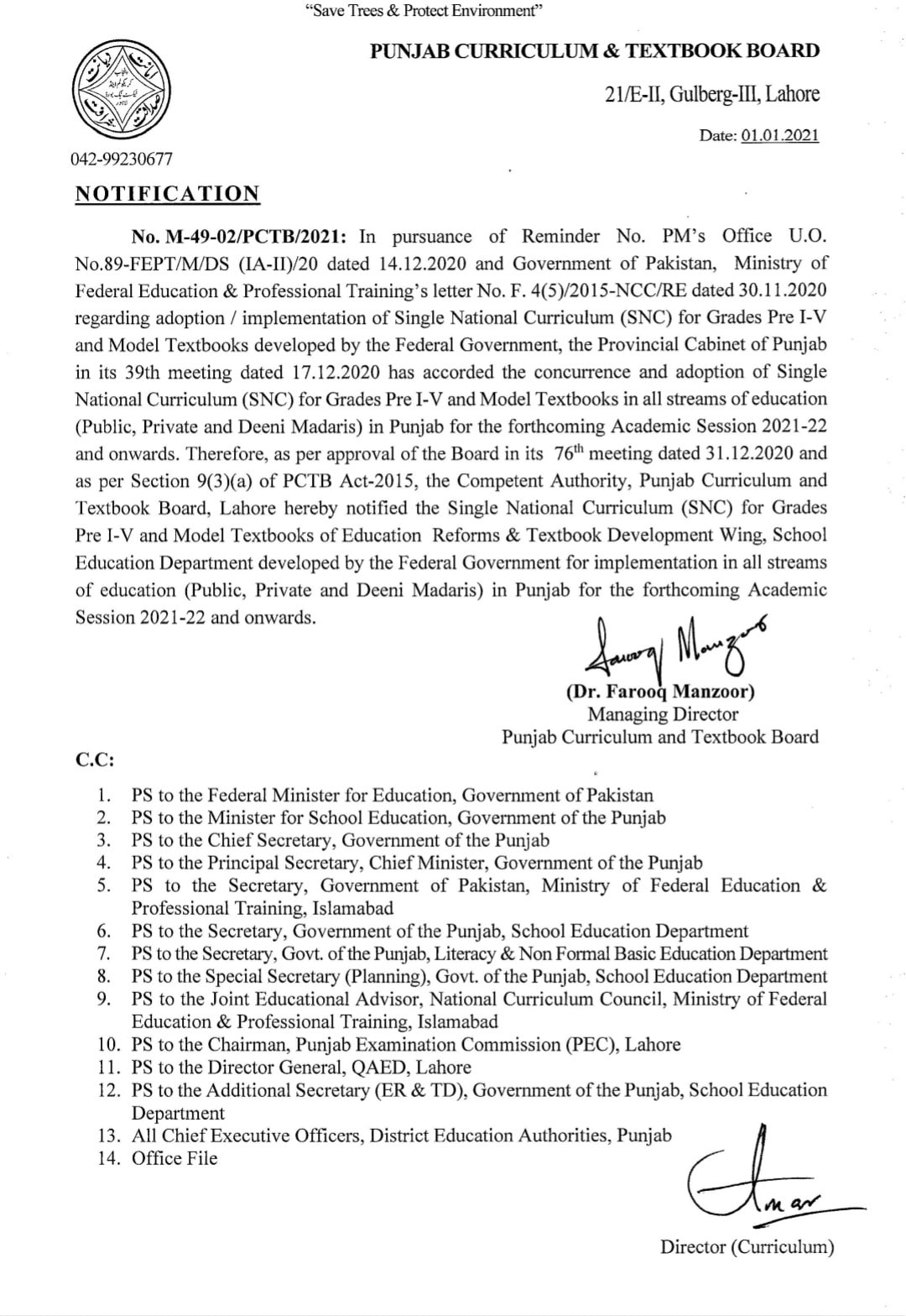