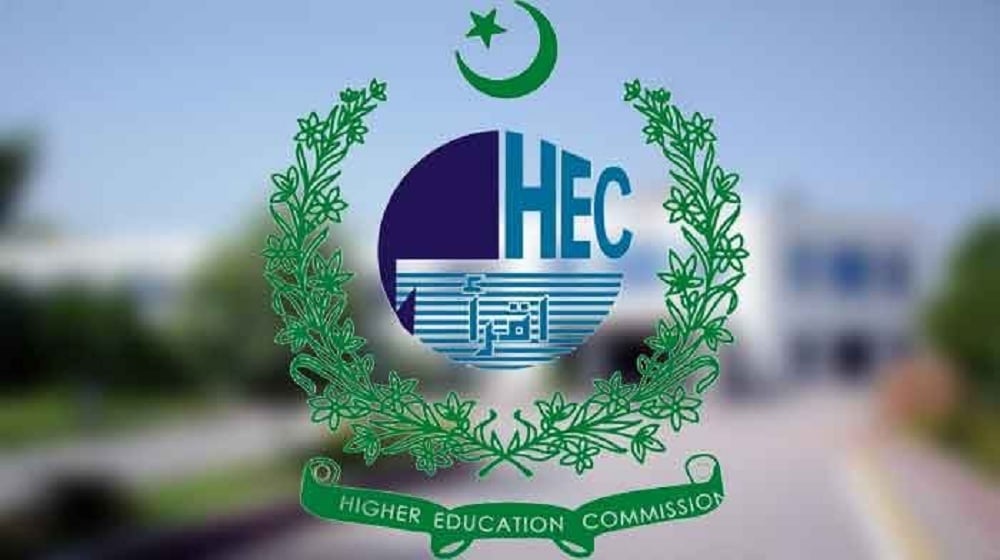 Higher Education Commission (HEC) has warned students on Sunday against applying for unauthorized degree programs including two-year BA/BSc and MA/MSc programs as they have been phased out due to quality concerns.

According to an official statement by the HEC, some universities had announced admissions in unauthorized BA/BSc and MA/MSc programs to make money out of them. The statement warned that these degrees have been discarded and that students will not be able to apply for jobs based on them. 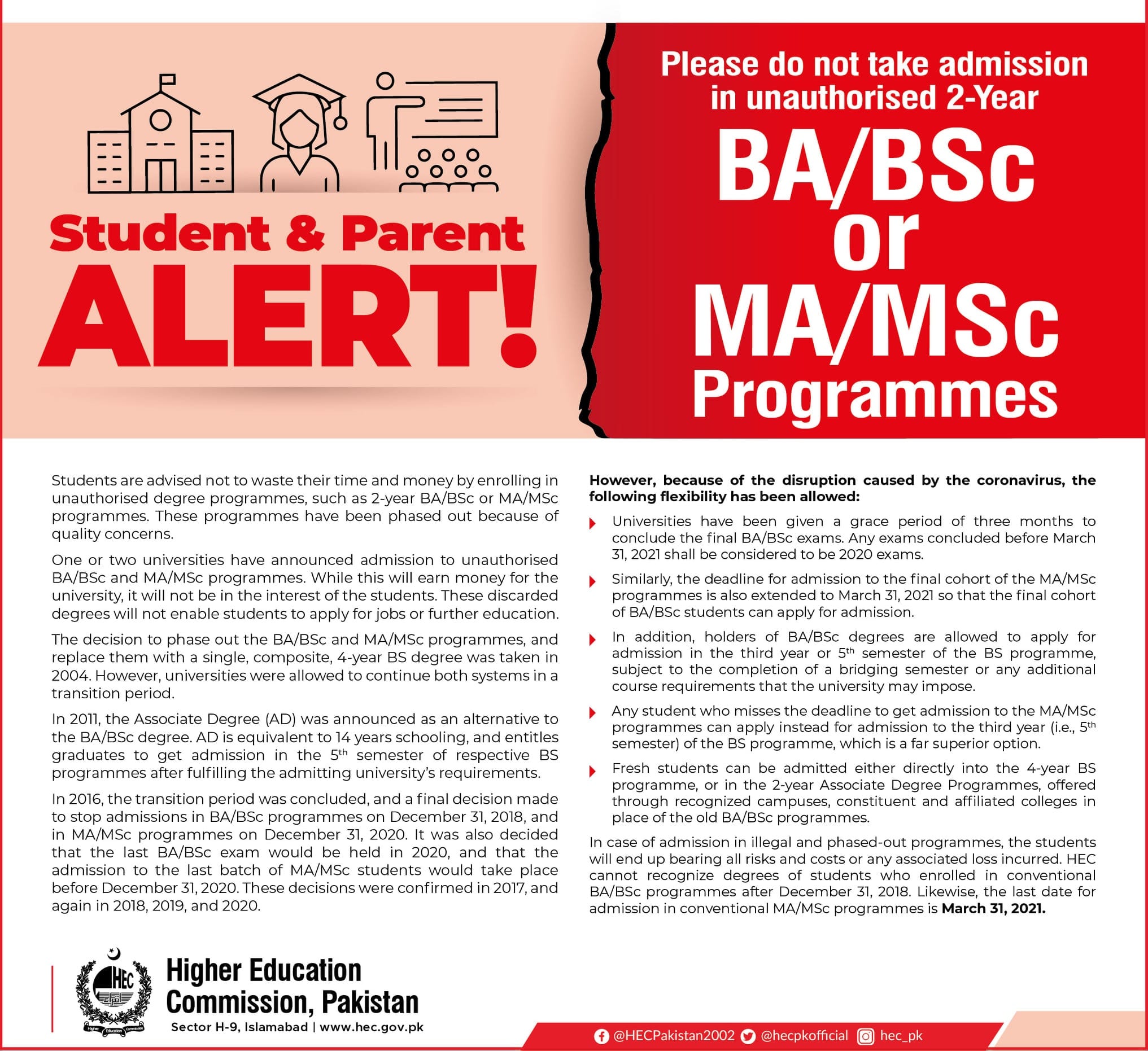 HEC said that the decision to replace the two-year BA/BSc and MA/MSc programs with a single, composite, four-year BS degree had been taken in 2004 but universities had been permitted to continue with both the systems in the transition period.

“In 2011, the Associate Degree (AD) was announced as an alternative to the BA/BSc degree. AD is equivalent to 14 years of schooling and entitles graduates to get admission in the 5th semester of the respective BS programs after fulfilling the admitting university’s requirements,” the statement read.

It has also granted universities flexibility amidst the pandemic to hold the final BA/BSc examinations within three months before 31 March 2021.

Additionally, the deadline for admissions to the last batch of the MA/MSc programs has been extended to 31 March 2021 so that the final batch of BA/BSc students may apply for admissions.

Any student who misses the deadline to get admission to the MA/MSc programs can apply instead for admission to the third year (i.e., 5th semester) of the BS program, which is a far superior option.