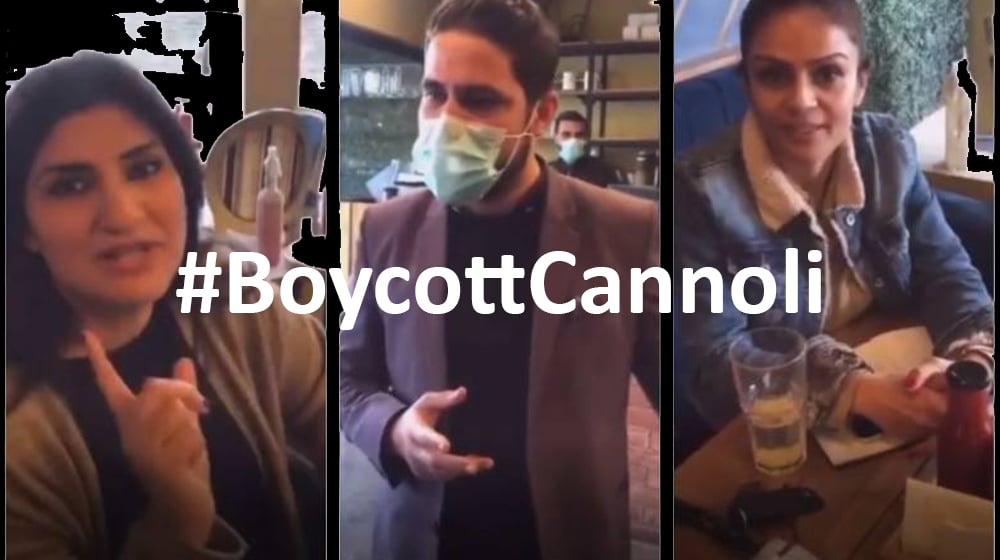 Attaining social privilege and a well-off status in today’s modern age is surely a fine feat. But what happens when you don’t school yourself in the ethics of moral decency? Chances are you get “bored”.

In a similar case of ‘boredom’ and expression of elite beginnings, the owners of Cannoli Café Soul took it upon themselves to insult one of their employees on the basis of communication in English.

What followed was a series of explosive reactions from people on Twitter, slamming the two ladies for their insensitive remarks towards their manager.

Student Gets Killed by a Train While Making a TikTok Video

The public backlash was quick from the outset, with #BoycottCannoli taking the top spot on Twitter trends.

Someone even went a few steps ahead and located their Instagram accounts. You can expect what comes next!

Social media these days is one heck of a tricky business. You can decide for yourselves what the following caption means to you!

The Twitterati police is now on the lookout for the individual who made the video. What was he even thinking?

Ok but who the F is making the video? ?us ko bhi dhoondo pic.twitter.com/1gBJLCXz0S

Body-shaming is something that should always be frowned upon. And yes, always remember to keep your phone charged!

Uzma and Dia will probably issue an apology soon. Let’s help them select the right attire while we’re at it:

When is fake dopatta apology coming from the two legends 🤣🤣#BoycottCannoli

SOPs have been circulated throughout the country for curbing the coronavirus for the better. Wearing masks can sometimes help filter out the wrong words if you try.

Aunty mask hee phenlain! Or does it have an adverse effect on your accent? #BoycottCannoli

Just for reference, here’s an eye-opener for a few ‘groups’ we shall abstain from identifying;

Honestly speaking, if the same thing was done by the elite class men to a woman, the outburst and reaction of the public would be a lot more different. #BoycottCannoli #Shameful pic.twitter.com/JYhij1hvgj

Honestly, what are you guys even talking about? The British Raj is long gone, so what’s the plan here? Knighthood?

British are long gone but yet we still fail to get out of the colonial bubble. SHAME#BoycottCannoli

Finally, here’s some truth for you:

Owais looks more educated then these ladies. He is in mask and following SOP.
He has been running the restaurant for 9 years with the same language and making money for your inferiority complexed souls. Shame on you low lifes.#BoycottCannoli #Shameful pic.twitter.com/TPfNq30eMV

Props to the manager for standing his ground and keeping himself composed throughout the ordeal.

Awais is my HERO.Every hardworking citizen who can’t speak a foreign language yet put their heart & soul, sweat & blood into making an honest living are my heroes.Anyone trying to ridicule them are just small minded, small hearted waste of space.#BoycottCannoli pic.twitter.com/qeZk3f7PU8

Uzma and Dia are in it for a long haul, and their business might take a hit from such a scathing public backlash.