Against the US Dollar, however, PKR seems to be holding on to its position. PKR gained 25 paisas against the US Dollar (USD) today, after posting a gain of 10 paisas yesterday and gaining 15 paisas the day before, which came after a loss of 4 paisas on the opening day of the week.

Against other major currencies, PKR posted notable gains on Monday but reversed many of those gains on Wednesday. Today, PKR managed to fling towards improvement once again, with blanket gains against all major currencies in the international market.

The biggest fluctuation for PKR came against the Australian Dollar today with an improvement of Rs. 2.03. Yesterday PKR had lost 61 paisas to the AUD after putting gains of 86 paisas on Tuesday and losing 5 paisas on Monday. This is also notable because PKR does not usually fluctuate against the AUD by this degree. 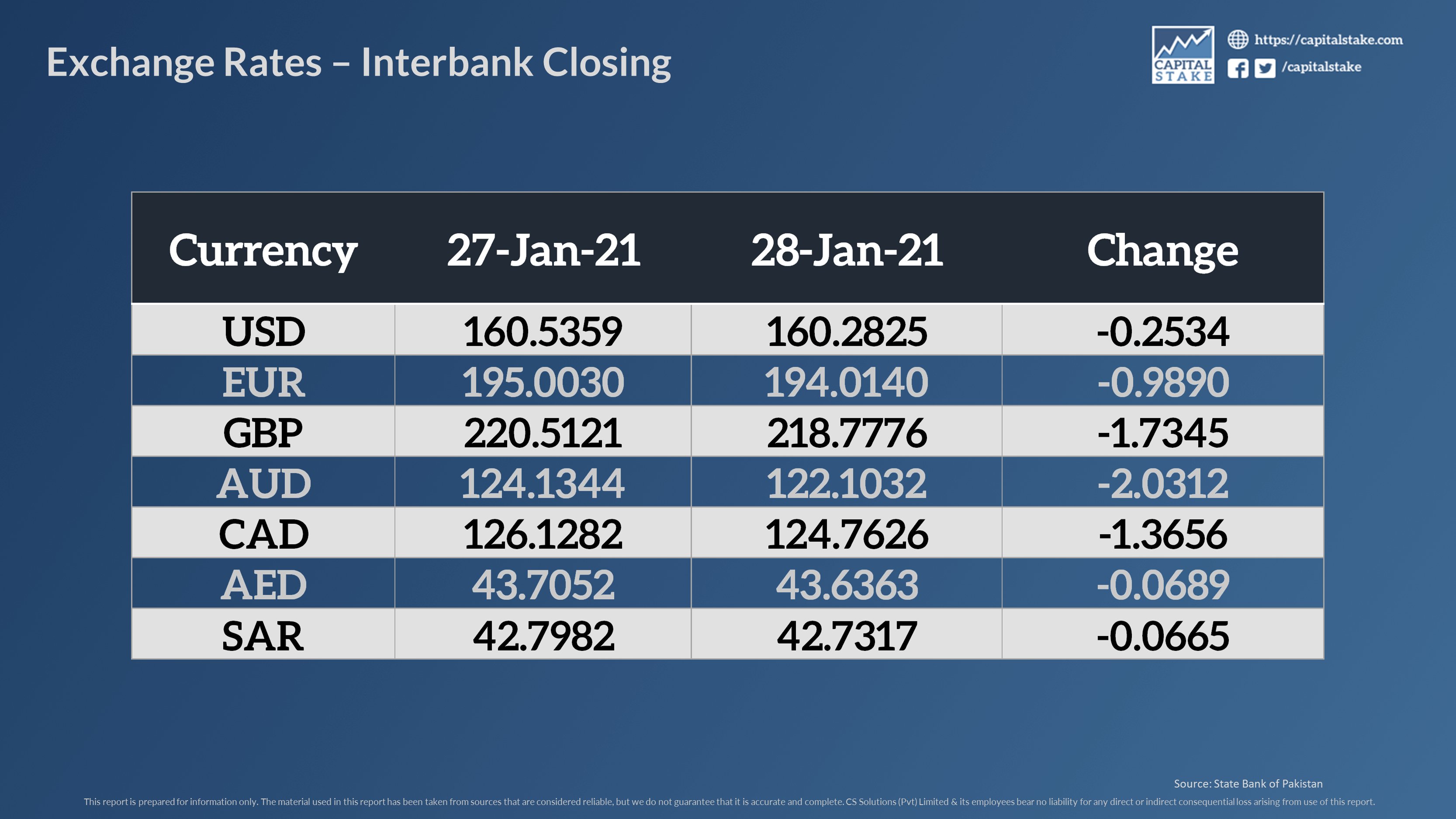 The second notable improvement for PKR was against the GBP, where PKR posted gains of Rs. 1.73. Yesterday, PKR’s highest loss was against GBP with Rs. 1.5 deterioration. On Tuesday, PKR had improved by Rs. 1.42 to the GBP after losing 44 paisas on Monday.

Against the Euro, PKR posted gains of almost a rupee (98 paisas) on Thursday after a loss of 6 paisas yesterday. Tuesday had seen a notable gain of 85 paisas yesterday for PKR against Euro after a nominal gain of 2 paisas on Monday.