Pakistani Rupee (PKR) has been volatile since the beginning of the current week. On Monday, PKR lost against several major currencies in the interbank market but yesterday posted blanket gains against all major currencies. Today the movement of the rupee showed mixed results.

PKR gained 10 paisas against the US Dollar (USD) today, after posting a gain of 15 paisas yesterday, which came after a loss of 4 paisas on the opening day of the week.

Against other major currencies, PKR posted notable gains yesterday, but many of those gains reversed on the third day of the week.

The highest loss for PKR came against the GBP with an Rs. 1.5 deterioration today. Yesterday, PKR had posted the highest gain against GBP with an improvement of Rs. 1.42. Monday had seen PKR lose 44 paisas to the GBP. 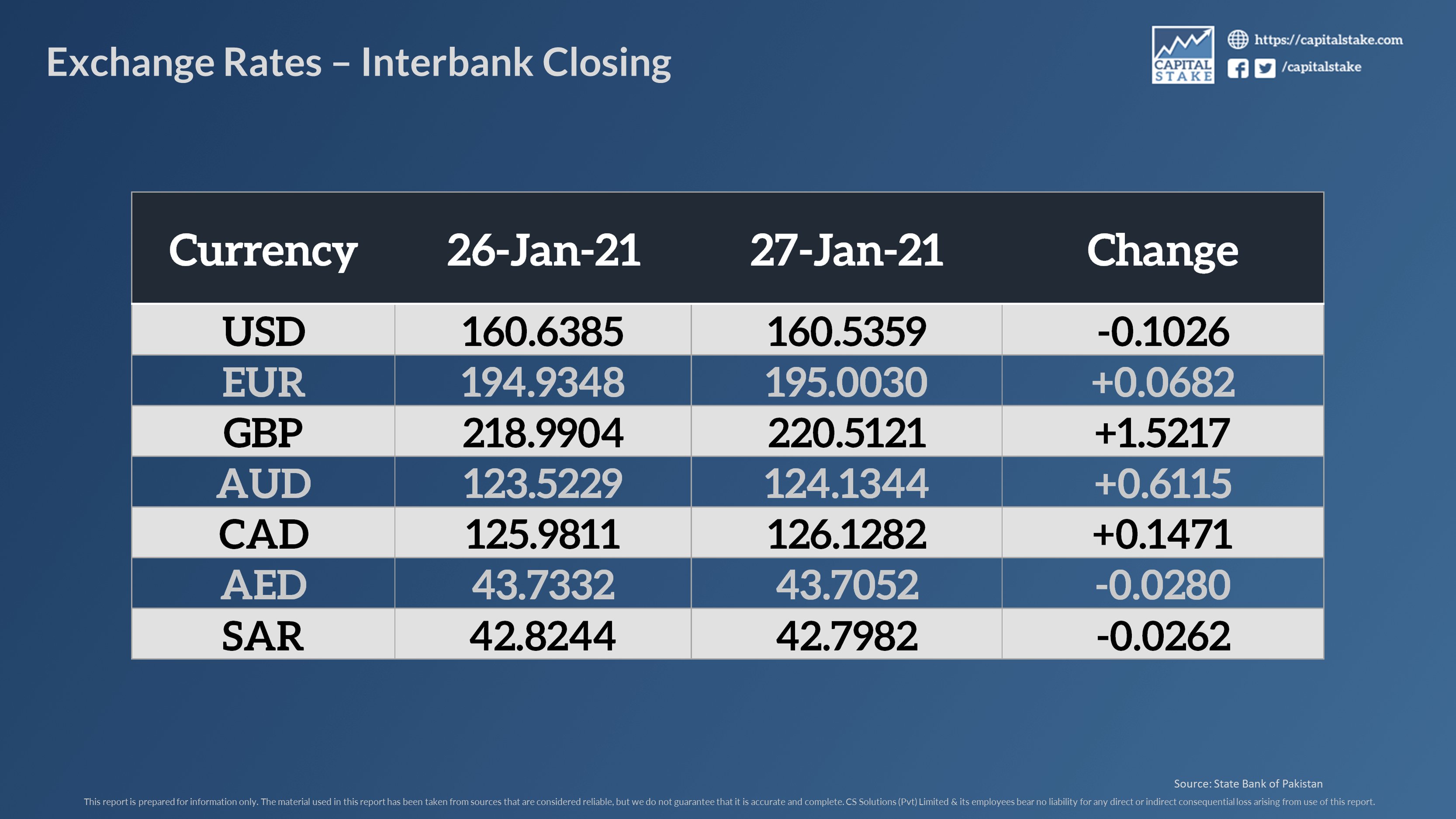 Against the Euro, PKR lost 6 paisas today after a notable gain of 85 paisas yesterday and a nominal gain of 2 paisas on Monday.

In comparison to the Australian Dollar, today’s loss for PKR was 61 paisas, taking away most of the 86 paisas from yesterday. On Monday, PKR had lost 5 paisas against the AUD.

Against the Canadian Dollar, the movement for PKR was of 14 paisas erosion today, after yesterday’s gain of 63 paisas and Monday’s gain of 12 paisas.

Pakistani Rupee Continues to Lose Value Against Most Major Currencies