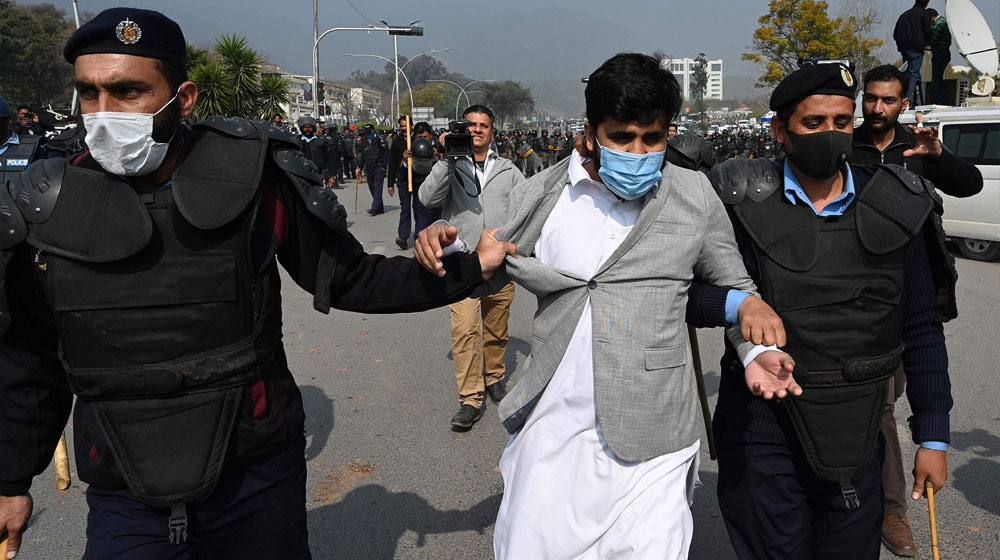 The federal government has reportedly agreed to increase the salaries of its employees by 20 percent following a successful round of talks between the protesting party and the government.

As per media reports, the talks took place at Federal Minister for Defence, Pervez Khattak’s house, in which a delegation of government employees was assured of a 20 percent increase in their salaries and the release of all employees who were arrested during on Wednesday during a clash with the police.

A notification to this effect is expected today in the afternoon.

Interior Minister, Sheikh Rasheed, confirmed the development in a Twitter post and instructed the Islamabad administration for the release of all arrested employees immediately.

The federal government employees from Grade-1 to 16 were demanding a raise in their salaries and had gathered in Islamabad for a protest after their leader, Rehman Bajwa, and nine others were arrested.

They decided to move towards the Parliament House from Pakistan Secretariat. The move met with tear gas shelling from the police. The protesters at one point had also encircled Federal Minister for Information, Shibli Faraz.