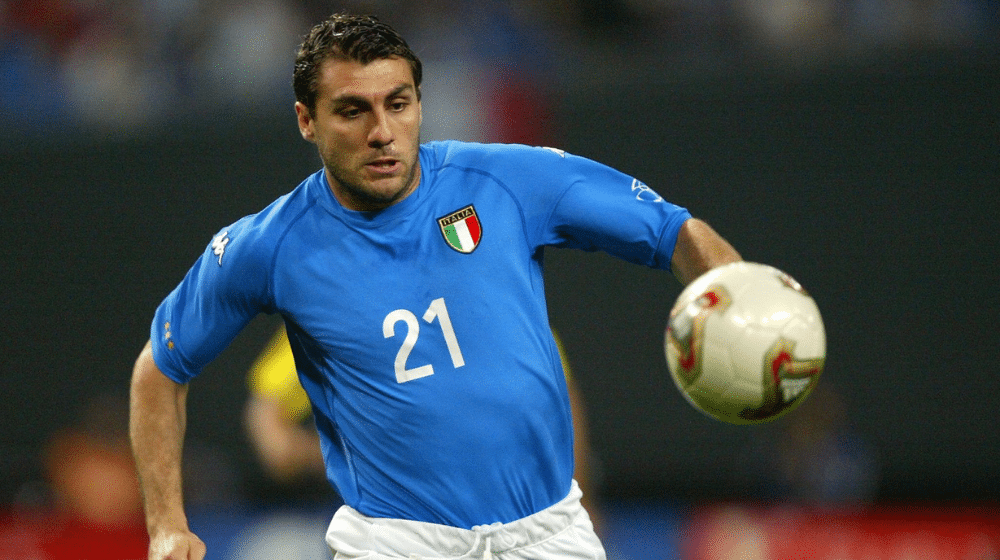 Former Italian footballer, Christian Vieri, revealed that he is a huge fan of cricket and used to play cricket in his childhood days. Vieri said his obsession with cricket started early in his childhood, and if he continued playing, he had the potential to be one of the best batsmen in the world.

Vieri spent his childhood in Australia and used to play cricket before pursuing football. Vieri said that he, along with his family, went to see a lot of Test matches and ODIs at Sydney Cricket Ground. Vieri revealed that he was an exceptional all-rounder and was more suited to white-ball cricket instead of red-ball cricket.

He said that his playing style was similar to Universe Boss, Chris Gayle, and he used to love smashing the ball outside of the stadium. Vieri revealed that he played more cricket than football and used to love playing cricket, and he is still an avid fan of cricket.

“I was probably playing more cricket than soccer at school. You know what we would do? The tennis ball, we would tape it up to make it go faster and swing. I think I would’ve been the best batsman in the world if I played cricket. I was an all-rounder. I was really good,” Vieri said.

Vieri added that he still watches clips of old cricket matches and is a fan of Sir Vivian Richards, Joel Garner, and Clive Llyod. He said that his wife is annoyed with his habit of constantly watching cricket on YouTube.

Ahmed Mujtaba Aims to be Trained by Khabib Nurmagomedov

He represented Inter Milan, AC Milan, Juventus, Atletico Madrid, and many others at the club level. He scored over 103 goals for Inter Milan and was revered as one of the best strikers in the world at that time. In total, he has scored 194 goals at the club level for various clubs.