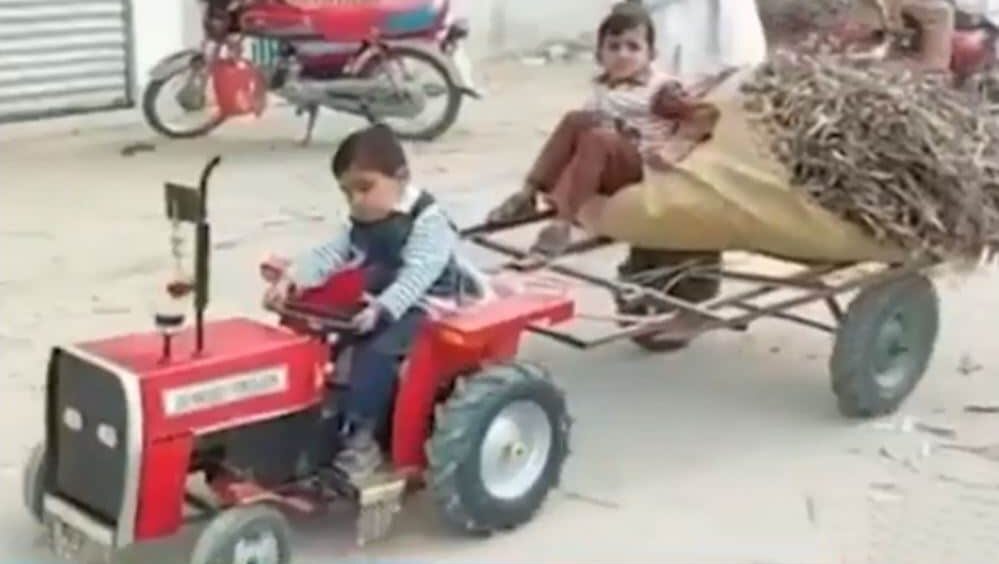 A young man named Khalid from Layyah, Punjab has developed an all-electric mini-tractor from commonly-available components, as per a recent media report.

The intention behind his creation is to reduce air pollution caused by the toxic emissions of tractors with traditional internal combustion engines.

Khalid told the media that building this tractor had cost him Rs. 40,000. He also explained that the motor of his tractor runs on chargeable batteries and can easily haul 80 kg of weight.

Khalid added that bigger and better machines of the same kind can be built if the government decides to invest in this idea which has the potential to significantly decrease pollution and revolutionize the agricultural sector.

The government is currently in active pursuit of normalizing electric vehicles (EV) across Pakistan by implementing a new EV policy that provides numerous incentives to EV manufacturers, buyers, and those interested in strengthening the local EV charging infrastructure.

Khalid’s creation falls under the same umbrella as it encourages the use of environment-friendly and efficient vehicles that will benefit both the public and the economy.