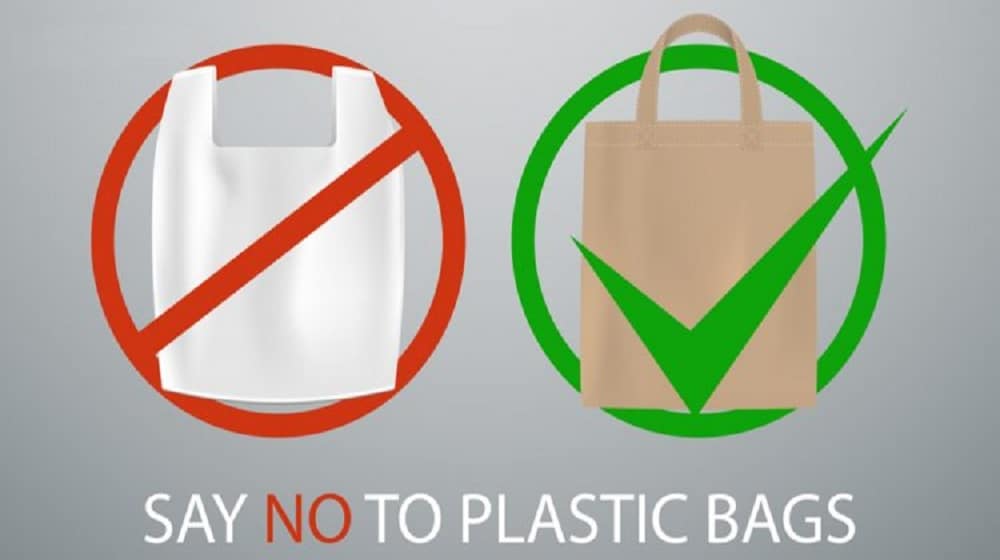 The Ministry of Climate Change warned on Friday that users, manufacturers, and sellers of polythene bags at any level in the federal capital will be fined from 1 March onwards.

Syed Mujtaba Hussain, the Joint Secretary of the Ministry and the leading officer for the implementation of the ban on polythene bags said, “Anyone found using selling or manufacturing them will face a fine”.

He made the announcement at a public awareness rally attended by students and academia at the International Islamic University Islamabad (IIUI) and also highlighted how the widespread use of polythene bags is leading to environmental pollution and the deterioration of human health.

Air Pollution in Pakistan Has Shortened The Average Lifespan by 3.8 Years – Experts

He declared that from March onwards, there will be a strict check on the use of single-use plastic bags, and that “Those found using, selling, and manufacturing plastic bags would be liable to fines at the initial stage”.

The ban is part of the initiative of Prime Minister (PM) Imran Khan for Clean Green Pakistan and entails a fine of Rs. 5,000 on the violating individual, Rs. 100,000 on the manufacturer, and Rs. 10,000 on the shopkeeper.

“Unless people show responsibility towards environment protection, all efforts aimed at tackling environmental degradation will be in vain,” Hussain remarked.

The Joint Secretary added that the use of polythene bags also leads to water pollution.

When people throw away the bags carelessly on roads, in drains and rivers, they enter the water bodies. They are carried away by winds and sometimes dumped into water deliberately. Plastic also endangers the aquatic life.

He said that now the government will take strict measure to eliminate this, and explained that, “to motivate people to obey the law against use, sale, and manufacturing of the single-use plastic bags, colorful cloth tote bags have been also introduced and promoted through social media, accompanied by catchy slogans and images of trash heaps on fire and birds caught in plastic bags”.