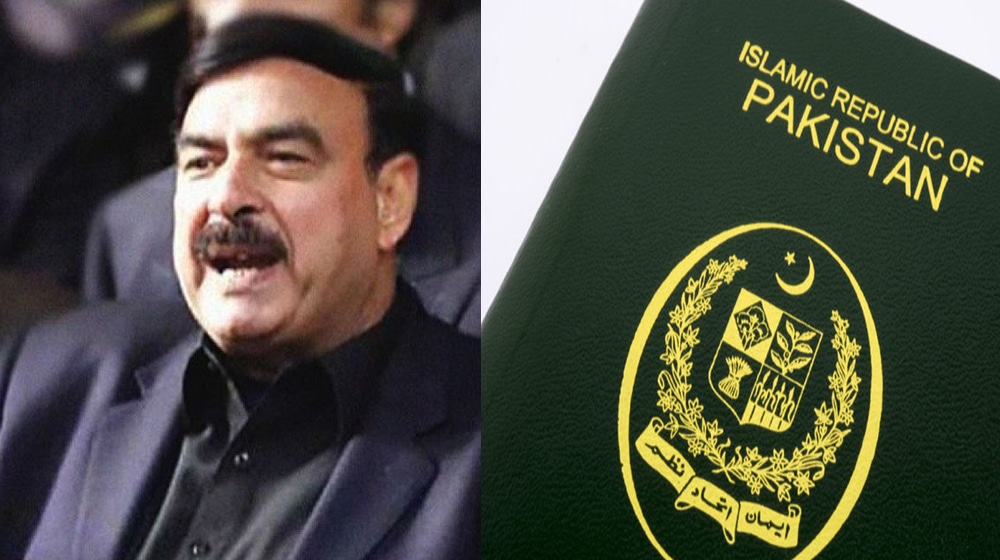 Interior Minister Sheikh Rasheed announced on Tuesday that the fee for the standard 10-year passport has been cut by 50 percent.

Speaking at a press briefing earlier today, the Interior Minister advised applicants to opt for passports with a 10-year validity period to ease the burden on the regional passport offices.

51% Pakistanis are Against Getting Vaccinated for COVID-19: Survey

On a separate note, Sheikh Rasheed mentioned that the National Database & Registration Authority (NADRA) will soon begin issuing 100,000 identity cards on a daily basis. Its associated offices at the tehsil level will be expanded to facilitate this project.

When questioned about the expiration of the former Prime Minister Nawaz Sharif’s passport, the Interior Minister maintained the government’s stance that the names of both the PML-N leader and his daughter Maryam Safdar will remain on the Exit Control List (ECL).

Although passports cannot be issued to individuals on the ECL, Sheikh Rasheed added that Nawaz Sharif has not been prohibited from returning to Pakistan.