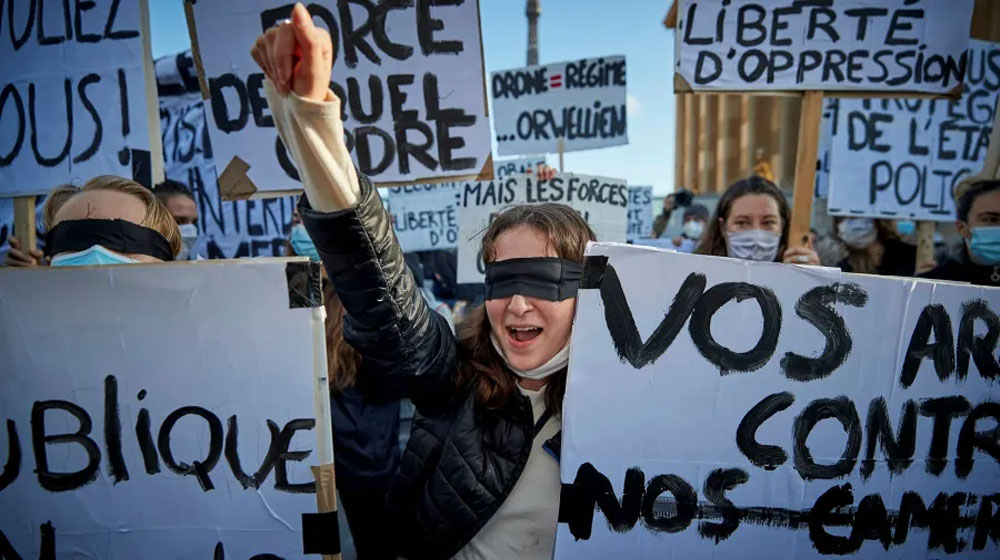 The French parliament has approved a controversial bill aimed at strengthening the country’s secular principles that critics believe will affect civil rights and those of the country’s Muslim community in particular.

The voting on the contentious ‘anti-separatism’ bill presented by President Emmanuel Macron was held on Tuesday in the Lower House of the French Assembly, which is dominated by Macron’s centrist La République En Marche! (LREM) party. A total of 347 MPs voted in favor of it, 151 voted against it, and 65 refrained from voting.

University Student Found Dead in a Hostel in Lahore

The bill contains more than 70 separate articles that allow the state to close down places of worship and religious schools, and to ban preachers after labeling them ‘extremists.’ It will also require religious groups to declare large foreign donations and have their accounts certified.

The move has come in consideration of the presidential elections scheduled for next year. Critics believe that Macron intends to appease far-right voters by exaggerating the danger of groups it has branded as ‘Islamist’ in the often-marginalized immigrant communities in the French suburbs.

Macron allegedly wants the public to believe that the threat is real by pointing to repeated attacks, and claims that his opponents are developing a ‘counter-society’ that rejects secularism, equality, and other French values and laws.