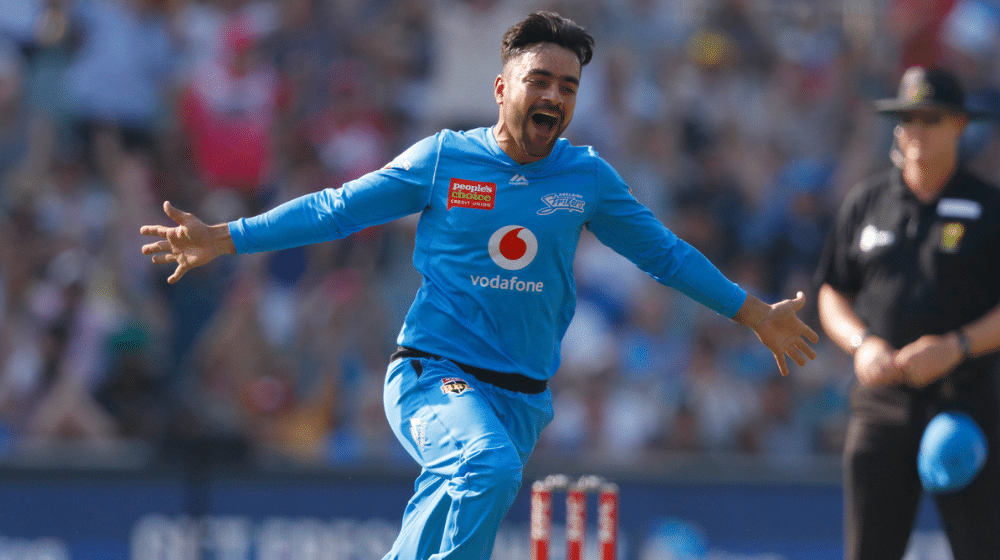 World number one T20I bowler, Rashid Khan, has arrived in Karachi to play in the sixth edition of the Pakistan Super League (PSL). This will be Rashid’s first outing in the league, and he will be representing Lahore Qalandars.

Rashid was upbeat on his arrival and shared his excitement about joining the league. Rashid believes that PSL is one of the three best leagues, along with the Indian Premier League (IPL) and Big Bash League (BBL). He said that although he has not taken part in the league yet, he has heard amazing things about PSL from his colleagues.

Rashid said that he is excited to join the league and is looking to help Lahore win their first-ever PSL title. He added that he has received a lot of love from the fans ever since he was picked up by Qalandars in the draft, and he will try to return their love by putting the performance on the pitch.

Rashid said that when the COVID-19 situation improves, he would like to meet the Lahore Qalandars fans.

Rashid praised his Lahore Qalandars team and said he believes that the team has the required personnel to win the tournament.

“Having players like Fakhar Zaman, Haris Rauf, Mohammad Hafeez, and Shaheen Shah Afridi, Qalandars look a very strong squad. We will enter the ground with a positive mindset to give our best and provide quality entertainment to our fans,” he said.

Rashid said that the pitches in Pakistan offer a lot of assistance to the spin bowlers, and he would enjoy bowling on such pitches, but he said there is no room for complacency.

Rashid will be seen in action in the PSL for the first time on 21 February in the match between Lahore Qalandars and Peshawar Zalmi.