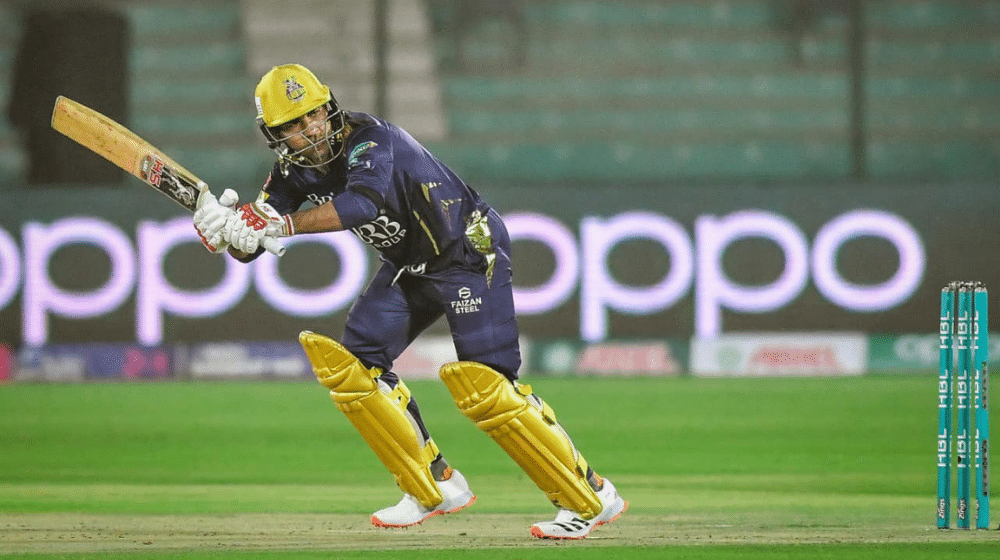 Quetta Gladiators suffered a heavy defeat at the hands of Karachi Kings in the opening match of Pakistan Super League (PSL) 2021 and captain Sarfaraz Ahmed believes that Quetta will need to re-evaluate their strategy in the upcoming games.

Quetta experimented with their batting order as Sarfaraz Ahmed promoted himself at the top of the order to open the innings along with Tom Banton, moving Chris Gayle at one down. The experiment failed miserably as Sarfaraz only managed to score 7 runs off 8 deliveries and Quetta never recovered from a poor start.

Quetta was bundled out for 121 as Karachi chased down the target with ease. Sarfaraz said that he will sit down with the management of Quetta to resolve the issues at hand. He said that he is unsure that he will open the batting for Quetta in the upcoming matches due to the fragile middle-order of the team.

“Although I opened today, but I will re-evaluate where the team requires me to bat in future matches. Our middle-order also struggled today so I will sit down with the management and prepare the strategy for upcoming matches,” Sarfaraz said.

Here’s How You Can Buy PSL Tickets Online

Sarfaraz believes that Quetta’s batting has enough firepower to post big totals on the board in the coming matches and said that they miscalculated in the first match and could not recover from a precarious start.

Experts also questioned Quetta’s decision not to open the bowling with left-arm spinner Mohammad Nawaz. Sarfaraz said that after not putting enough runs on the board, the team wanted to attack the opposition batsmen with frontline fast bowlers. He said that the bowling unit will perform much better when they have enough runs to defend.

Quetta will play their second match of the competition on Monday, 22 February against Lahore Qalandars.