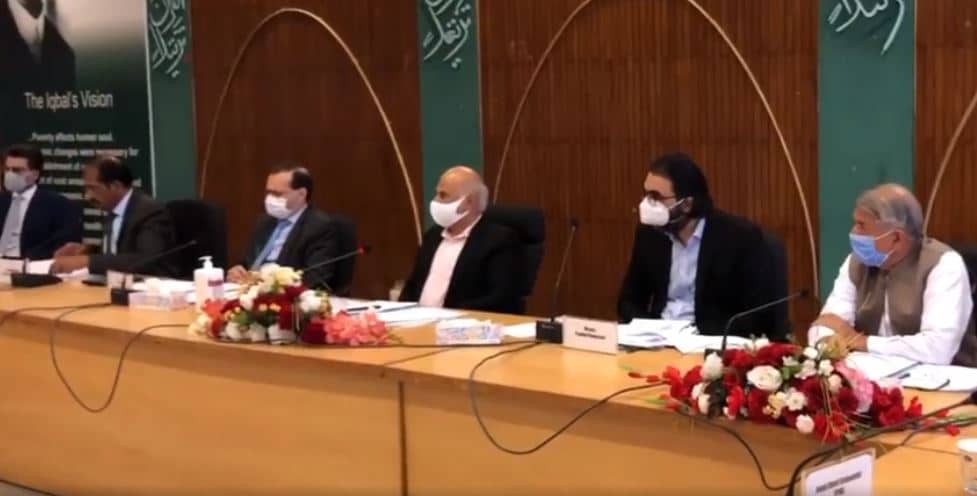 The Central Development Working Party (CDWP) has cleared four development projects with a cumulative estimated cost of Rs. 25 billion and recommended two projects worth Rs. 44.3 billion to the Executive Committee of the National Economic Council (ECNEC) for further consideration.

The meeting was presided over by the Deputy Chairman Planning Commission, Mohammad Jehanzeb Khan. Senior officials from the Planning Commission and the federal ministries/divisions also attended the meeting in person, and the representatives of the provincial governments attended it as a video conference.

The first project was the ‘Khyber Institute of Child Health & Children Hospital District Peshawar’ worth Rs. 7995.334 million. The second project — the ‘Strengthening of the DHQ Hospital (Building Capacity to Respond to COVID-19 and Future Pandemics) in Khyber Pakhtunkhwa’ — is worth Rs. 3343.423 million, and the third one — the ‘Establishment of 200 Bedded Mother & Child Hospital and Nursing College District Bhawalnagar’ — is worth Rs. 5625.00 million.

The first Transport and Communication project worth Rs. 11,810 million that was recommended to the ECNEC for approval was the ‘Procurement 600 Flat Container Bogies Wagon’, and the second one was the ‘Construction of the Awaran–Naal Section of the M-8 Project, Length 168 Km’ which is worth Rs. 32,503.79 million. The latter is aimed at the construction of a 168 km long road from Awaran to Naal at a width of 7.3 m, and 2.5 m shoulders on either side, that will pass through various towns.

The third Transport and Communication project that was presented and approved in the meeting was the ‘Dualization & Improvement of the Sohawa–Chakwal Road Project – 3rd Revised’ worth Rs. 7,980.475 million. It is aimed at the improvement of an existing 66.405 km long single carriageway that is 7.3 m wide, and the construction of an additional 7.3 m wide road.