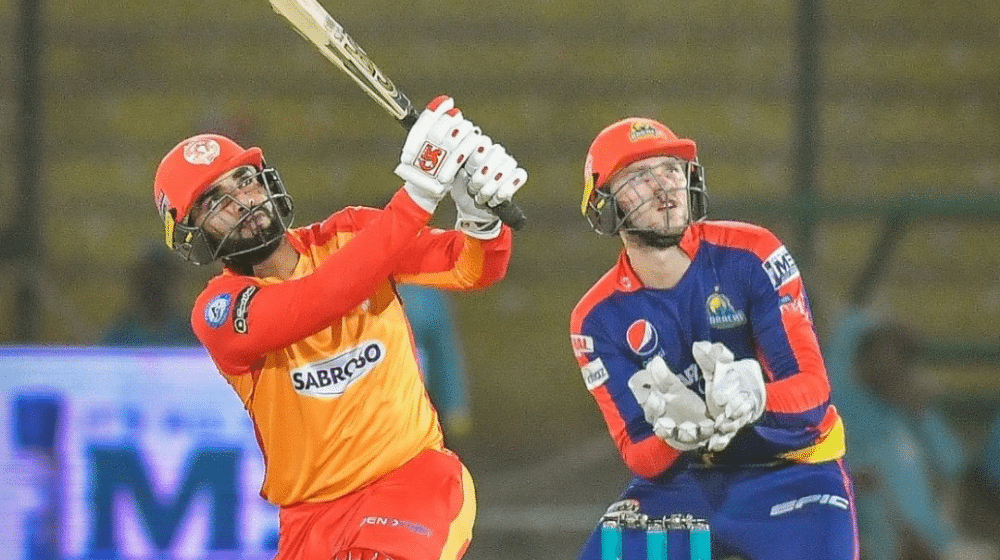 Despite a magnificent century by Sharjeel Khan, Karachi were unable to hold off Islamabad United’s batsmen from pulling of an astonishing run chase. Alex Hales led the charge for Islamabad and his impressive strokeplay, along with Iftikhar Ahmed, Hussain Talat and Asif Ali led Islamabad to their second consecutive victory in PSL 6. As a result, Islamabad have bounced in front of Karachi in the PSL points table.

This was Islamabad’s highest run chase since the inception of PSL, chasing down the target of 197.

Karachi Kings batted first and scored 196, including a century from Sharjeel and a half-century from Babar Azam, recording the highest partnership in the history of PSL 6.

Karachi will Multan in their next match, while Islamabad will face Peshawar Zalmi in a double header on Saturday, 27 February. Have look at the PSL schedule here.

Defending champions, Karachi Kings go head to head against the most successful team in the tournament’s history, Islamabad United, in a blockbuster encounter at the National Stadium Karachi. Both the teams will be eyeing to win the match and continue their ascension to the top of the PSL points table.

Both the teams got off to a magnificent start. Karachi dismantled Quetta in the opening match of PSL 6, while Islamabad pulled off an amazing run-chase against Multan Sultans.

The teams will be reluctant to make changes to their winning combination and both teams are expected to enter the field with the same line-ups.

Both teams have encountered each other fourteen times in the tournament. Islamabad have had an upper hand, winning 8 and losing 6. Karachi will be looking to assert their dominance by winning this one.

Islamabad United:
Alex Hales is coming from a magnificent season in the Big Bash League and will be determined to kick start his campaign in PSL this season by taking his former team to the cleaners. Islamabad will rely heavily on Hales throughout the season and this is the perfect match for him to get some runs on the board.

Sharjeel Khan will be determined to get back into the runs as well and facing his former team will get him fired up for the occasion. Sharjeel’s explosive start at the top of the order can take the game away from the opposition in the first half of the match.