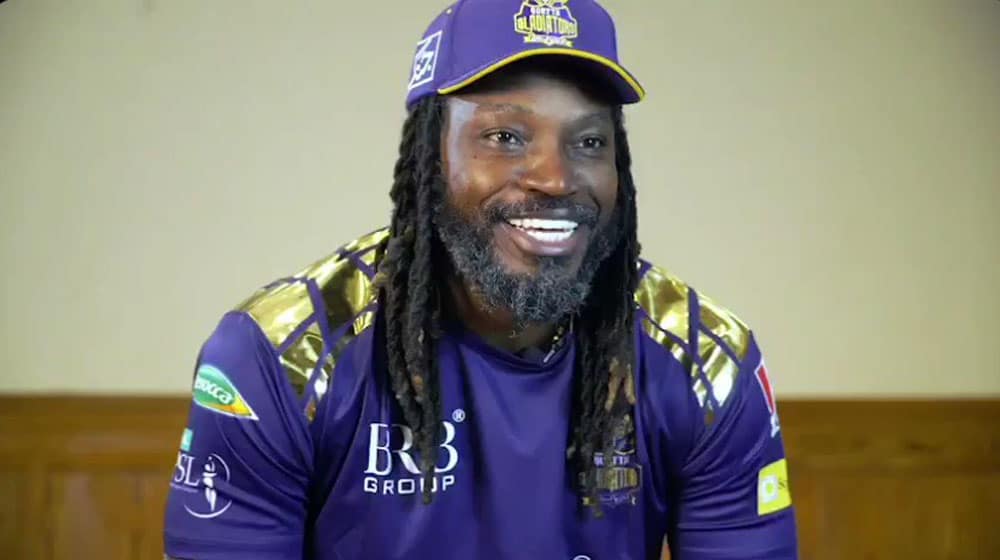 The Universe Boss, Chris Gayle, played two matches for the Quetta Gladiators in the sixth edition of the Pakistan Super League (PSL) before he got the national call up and flew to the Caribbean.

However, the cricketer took the ‘shalwar challenge’ before his departure. During this challenge, Gayle was asked to put a drawstring in a shalwar within the given time, which the T20 specialist did in two minutes.

The video of Gayle taking the challenge was shared on PSL’s official Twitter handle.

The 41-year-old Caribbean star was surprised to see the waist size of the shalwar. He wanted to know who has such a wide waist and advised the person to go vegan.

What?? Whose waist is this? This person eats too much!! I don’t know what this person has been eating. [Is this] extra-large? It’s got to be a joke.

Gayle continued, saying that the person should “stay away from meat” and “he should be a proper vegan.”

Here is the video of him taking this entertaining challenge.

Watch to find out how fast Chris Gayle can prep a traditional shalwar. @henrygayle

Gayle is representing Quetta Gladiators in this edition of the PSL. Though his team has lost both matches, Gayle remained the top performer of both games, scoring 107 runs for his side in the first two games of the tournament.

His sublime batting form earned him a national call-up for the first time since August 2019, when he last represented West Indies in an ODI against India.

Gayle is hopeful to return to the tournament around mid-March.