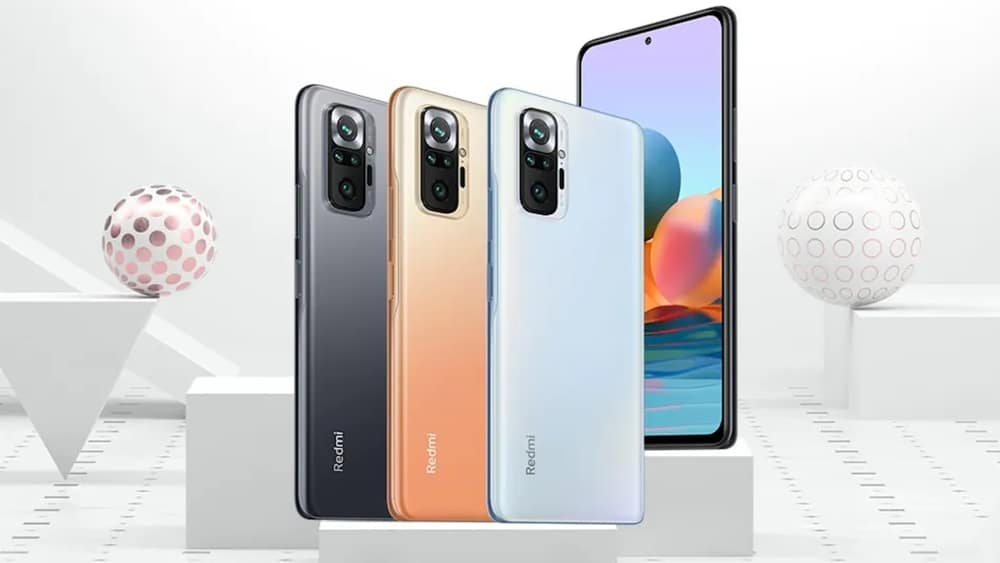 Redmi’s Note lineup is easily the most awaited series of the year, known for its aggressive pricing and attractive specifications.

The company has just launched the 10th iteration of its Note series in India today. The global launch is expected by the end of March or the start of April.

The Note 10 series comes with a Redmi K40-like design save the camera aisle. The K40 series features a pill-shaped camera module while the Note 10 series has a rectangular camera bump. The rest of the design elements are pretty much the same. Moreover, despite coming with an AMOLED display, the fingerprint sensor is mounted on the power button. 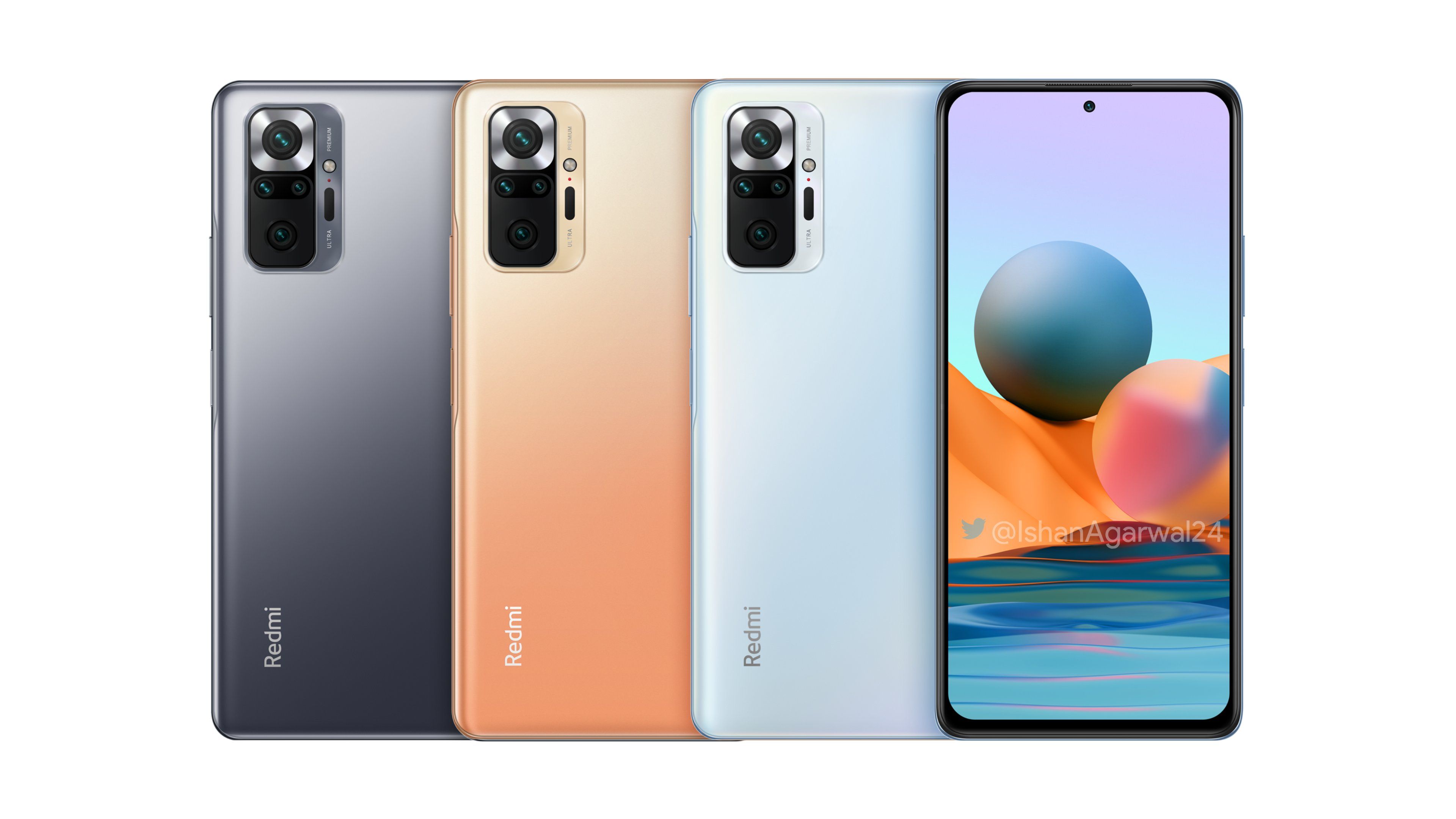 The vanilla Redmi Note 10 is built around a 6.43-inch Super AMOLED display with a standard 60Hz refresh rate, 1080p resolution, and 20:9 aspect ratio.

The Pro and Pro Max models, on the other hand, come with a 6.67-inch AMOLED panel with a 120 Hz refresh rate and 1080p resolution. The display also supports HDR 10 and up to 1,200 nits of peak brightness and is protected by Gorilla Glass 5. 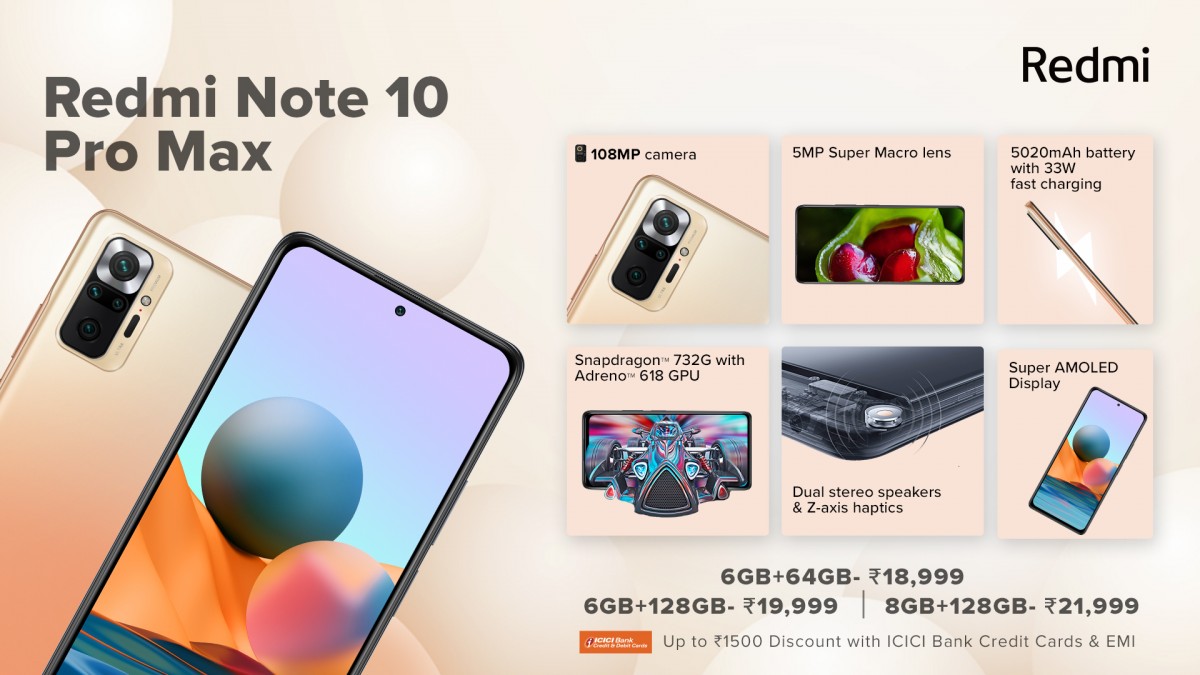 The Pro models are powered by the Snapdragon 732G. Both handsets are available in three memory variants:

The smartphones boot MIUI 12 based on Android 11. They also come with an IR blaster, headphone jack, dual stereo speakers, and an IP52 rating. 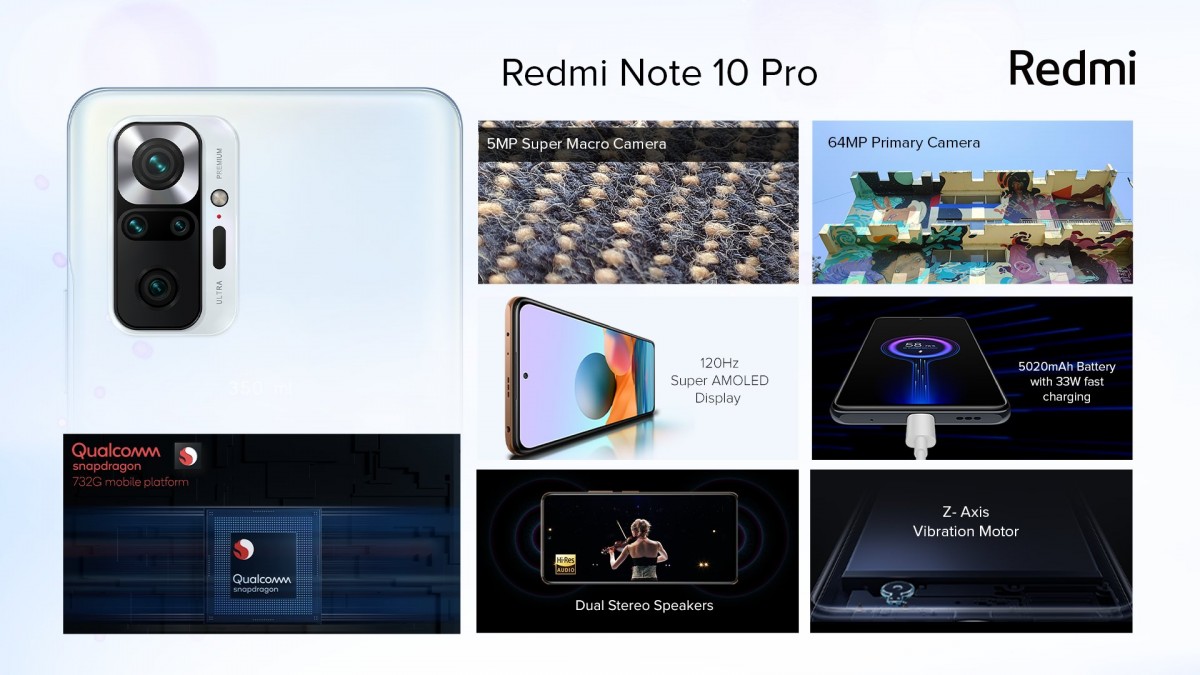 The vanilla Redmi Note 10 sports a quad-sensor rear camera with a 48 MP Sony IMX582 main shooter that works alongside an 8 MP ultrawide module and two 2 MP sensors for macro shots and depth data. The front camera is a 13 MP sensor.

The Pro model also comes with a quad-sensor camera system. However, its main cam is a 64 MP Samsung GW3 sensor accompanied by an 8MP ultrawide snapper, a 5MP tele-macro cam with 2x zoom, and a 2MP depth sensor.

The Redmi Note 10 Pro max has a similar configuration, except the 64 MP sensor is swapped for the 108 MP ISOCELL HM2 sensor. It is 1/1.52-inch in size with 0.7 μm pixels and the default mode uses a 9-1 binning process effectively outputting 12MP shots. 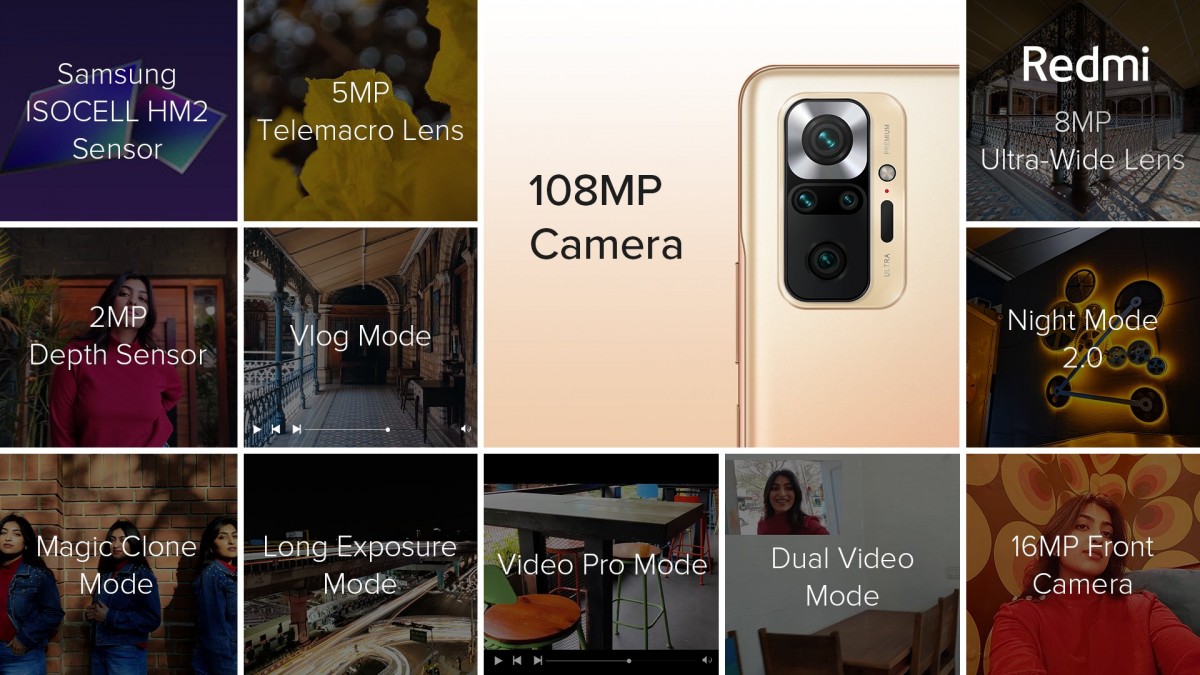 Both the Pro and Pro Max models feature a 16 MP single sensor cam for selfies.

The series will be available for sale by 16th March. The pricing and specifications are mentioned below: 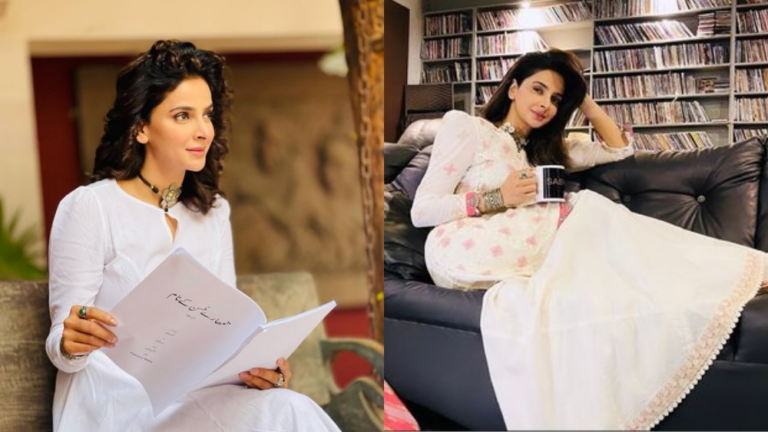